In court records filed Thursday, Gregory McMichael, convicted in the killing of Ahmaud Arbery, will not plead guilty to a federal hate crime case against him.

In the filing, lawyers for McMichael also said that they are ready for a trial to begin Monday.

Last November, Gregory McMichael and son Travis McMichael were convicted in Georgia for the fatal shooting of Ahmaud Arbery in 2020. The two were sentenced to life in prison due to the conviction.

Both men were also charged with federal hate crimes and attempted kidnapping last year. The men are accused of targeting Arbery because of his race.

On Monday, U.S. District Judge Lisa Wood rejected the terms of a proposed plea deal for the McMichaels that would have set 30-year sentences to be served simultaneously with the standing life sentences.

The Arbery family opposed the deal. They said it would have allowed the men to serve the first 30 years of sentencing in federal prison, something they claim the McMichael’s prefer.

Prosecutor Tara Lyons said that prosecutors believed that the family did not oppose a plea agreement in court Monday. However, in meetings the day prior, “it was apparent that that was not accurate.”

The judge granted the McMichaels until Friday to decide whether to plead guilty, knowing there would be no guarantees of sentencing results.

A hearing for Travis McMichael is scheduled for Friday, according to court records.

On Feb. 23, 2020, Travis McMichael and Gregory McMichael armed themselves and pursued Arbery in a truck after seeing him run through their neighborhood in Brunswick, Georgia.

Travis McMichael fatally shot Arbery after a brief encounter. The defense argued that the men were conducting a citizen’s arrest at trial. The defense further claimed that the McMichaels thought Arbery was a burglar, stating that McMichael fired his gun in self-defense. 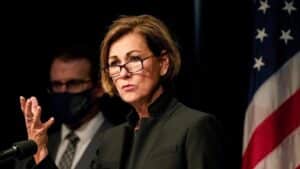