The early Texas Primaries may give Americans a glimpse into the mindset of voters nationwide, as midterms determine the control of Congress

Former President Donald Trump endorsed Abbott, who easily turned back several right-wing challengers. Abbott is favored to win the general election against O’Rourke, who is seeking to become the first Democratic governor in Texas in almost three decades.

Texas voters were also choosing their parties’ nominees for the U.S. House of Representatives. Tuesday’s results may offer insights into the mindset of American voters ahead of the November elections.

The midterm elections in November will determine the control of Congress for the rest of President Joe Biden’s four-year term.

Progressive candidate, Jessica Cisneros, appears to be headed toward a runoff with Democrat incumbent Henry Cuellar, one of the House’s most conservative Democrats. Both candidates recently campaigned alongside their party’s more progressive figures, such as Alexandra Ocasio-Cortez.

Paxton, endorsed by former president Trump, remains under a 2015 indictment for securities fraud and faces a federal corruption probe. He has continually denied any wrongdoing in either instance.

Tuesday’s primary in Texas is the first election to test the new Republican-backed voting restrictions passed in response to alleged election fraud in the 2020 Presidential election. The primary appears to be a success after multiple weeks in which several counties recorded large numbers of rejected mail-in ballots due to new identification requirements.

There were no reports of significant problems at polling places on Tuesday. 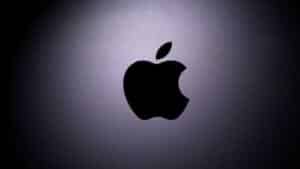 Apple Stops All Sales to Russia In Response to Ukrainian Invasion