The governor has asked the Department of Justice to assign agents from the Federal Bureau of Investigation to her state, citing a shortage of law enforcement officers. The department did not immediately respond to her request.

“Both New Mexico law enforcement agencies and the FBI are partners in addressing and preventing violent crime. It is therefore imperative to provide the tools and support to achieve our common goal of ending violent crime in New Mexico,” Lujan Grisham wrote in an excerpt from a letter to United States Attorney General Merrick Garland included in her press release.

She compared the request to the FBI sending additional agents to Buffalo, New York, which reportedly saw a 50% reduction in homicides.

In June, the FBI rejected a request from the governor to send 50 additional agents to New Mexico.

“The shortage of law enforcement officers presents a particular problem for New Mexico,” Lujan Grisham wrote to the AG, per the Albuquerque Journal. “Geographically, our state is the fifth largest state and has one of the higher poverty rates in the country. Therefore, our resources to combat the national surge in violent crime are very limited.”

To recruit and retain officers, Lujan Grisham has promoted “recent state investments in crime-reduction grants, a bump in pay for state police and new spending” on law enforcement, per AP News. The governor has allotted $40 million to 29 law enforcement departments in the state according to her statement. New Mexico’s Law Enforcement Recruitment Fund has $8.5 million remaining.

“The governor is committed to pursuing every available avenue to continue to address the scourge of crime, including increased firearm safety measures and a rebuttable presumption to keep violent criminals behind bars,” her office said.

“New Mexico law enforcement also reported more homicides in 2021 than the year before. Across New Mexico, police reported 193 homicides to the FBI in 2021. That’s 67 more than in 2020,” reports KRQE. The majority of murders occurred in Albuquerque.

Lujan Grisham is currently running for reelection. Her Republican challenger, television meteorologist Mark Ronchetti, has said the governor has used crime as a “talking point and not a priority.”

Ronchetti has called for bail reform that keeps people charged with violent crimes in jail pending trial and increased penalties for a variety of crimes. He has also vowed to appoint more tough-on-crime judges and to deploy the National Gaurd at the US-Mexico border, per KOB4. 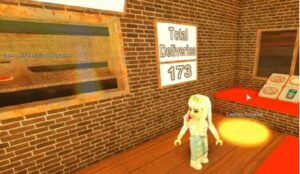