Governor DeSantis Announces His Wife, Casey, Has Been Diagnosed With Breast Cancer

Casey DeSantis, a former producer, has three children with her husband

Florida Governor Ron DeSantis announced his wife has been diagnosed with breast cancer.

In a statement to Fox News, the Republican said:

“I am saddened to report that Florida’s esteemed First Lady and my beloved wife has been diagnosed with breast cancer.

“As the mother of three young children, Casey is the centerpiece of our family and has made an impact on the lives of countless Floridians through her initiatives as First Lady. As she faces the most difficult test of her life, she will have not only have my unwavering support but the support of our entire family, as well as the prayers and well wishes from Floridians across our state. Casey is a true fighter, and she will never, never, never give up.”

Casey and Ron DeSantis were married in 2010. They have three children — Madison, 4, Mason, 3, and Mamie, 18 months. Their youngest child was the first child born in the governor’s mansion in the last 50 years.

While acting as the state’s first lady, Mrs. DeSantis led the “Hope Florida — A Pathway to Prosperity, Economic Self-Sufficiency and Hope” initiative with the Florida Department of Children and Families. The program was created to help Floridians establish an “individualized path to prosperity by focusing on community collaboration between the private sector, faith-based community, nonprofits and government entities to break down traditional community silos, to maximize resources and uncover opportunities,” according to an official statement.

The 41-year-old former producer is a three-time equestrian national champion and a runner-up NCAA division one champion. She won an Emmy as a television show host for the PGA Tour.

Mrs. DeSantis “has accompanied the governor to state-wide venues to promote his administration’s executive priorities, such as restoring in-person learning, providing monoclonal antibody treatments to COVID patients, and ending restrictive COVID mandates. The governor has battled the Biden administration for months over his prioritization of individual liberty over state pandemic mitigation measures, including his prohibition on school mask mandates,” per The National Review.

“Our hearts are with Florida’s First Lady Casey DeSantis and her family. We are all praying for you!” Agriculture Commissioner Nikki Fried said on Twitter. Fried is campaigning to be the governor’s Democrat challenger next year.

DeSantis is a popular figure among conservatives and is considered a possible contender for the 2024 Presidential Election.

He did not disclose any details regarding the type of breast cancer or the prognosis of his wife’s diagnosis. 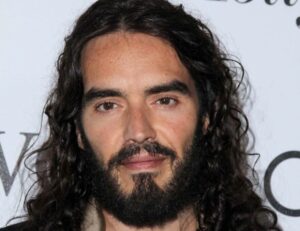