‘We have to prepare this workforce for the future,’ said Gov. Glenn Youngkin during the company's annoucement

Technology giant Google will invest over $300 million in Virginia in an effort to expand its presence in the state.

In a joint statement with Governor Glenn Youngkin at its headquarters in Reston, the company announced it had awarded a grant to computer education nonprofit CodeVA.

Google, which has over 480 full-time employees in the state, plans to increase its data centers in Northern Virginia.

Vint Cerf, Google’s Vice President & Chief Internet Evangelist, said at the event that the company would explore expanding into additional regions within the state.

“I have lived in Virginia for more than 40 years and am thrilled to see Google continue to grow and invest in the region,” said Cerf, per WDBJ. “We’re committed to playing a positive role in the communities we call home, and our latest partnerships with CodeVA, VCCS, and the Department of Education to help nurture the next generation of tech talent in Virginia are another testament to that commitment.”

In a report detailing its economic impact on the state, Google said more than 475,000 businesses “received requests for directions, phone calls, bookings, reviews and other direct connections to their customers from Google in 2021.”

Additionally, the company said it provided just over $26 million in free advertising through the Google Ad Grants program to Virginia nonprofits last year.

“We have to prepare this workforce for the future,” Youngkin said at the April 19 event. “The opportunities are growing faster than we can believe.”

“As governor, I am committed to creating workforce development opportunities, expanding our computer science opportunities for Virginia’s students, and re-establishing high expectations in education. Now the general assembly must act to move forward with lab schools to maximize the potential of the partnerships announced today for the benefit of Virginia’s students,” the governor said.

He said Google’s investment in Virginia would lead to over $9 billion in economic activity. 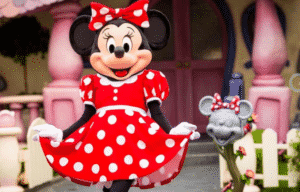