The instructions from Google stated that the word 'war' could not be used in Russia, but can continue in other markets

While Google declared its support of Ukraine and opposition to the Russian invasion, the company also sent orders to translators that the ongoing conflict could no longer be referred to as a “war” but must be called “extraordinary circumstances.”

According to a report from The Intercept, an internal email for a subcontractor that handles Google’s translation service in Russia outlined the updated rules from Google’s headquarters.

The directives apply to all Google products translated into Russian, which include Google Maps, Gmail, AdWords, and Google’s policies.

Google issued the instructions to remain in compliance with a Russian censorship law enacted just after the invasion of Ukraine.

In early March, the censorship law, signed by Russian President Vladimir Putin, outlined criminal penalties of up to 15 years in prison for publishing so-called false information about the Russian military.

The Kremlin has continued to press Russian media and citizens to refrain from dissenting speech and content regarding the war in Ukraine. It has called the war a “special military operation” and has threatened to block websites that use terms like “invasion.”

Google spokesperson Alex Krasov told The Intercept that the company is working to ensure “the safety of our local employees.”

“The move is only the most recent instance of acquiescence to Russian censorship demands by Google and its major Silicon Valley peers,” The Intercept reports. “In 2021, Google disclosed that it had complied with 75 percent of content deletion requests it had received from the Russian government that year; that same year, both Google and Apple agreed to remove apps affiliated with prominent Putin critic Aleksey Navalny.” 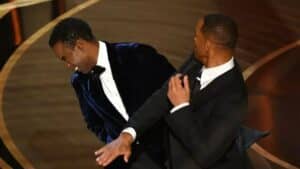