Rudy Giuliani will not appear before the House Jan. 6 Committee as previously planned.

Giuliani, the former mayor of New York City and personal attorney for President Donald Trump, had requested to record the interview but was denied.

While the May 6 meeting was subsequently canceled, Robert Costello, Giuliani’s lawyer, said the Congressional investigation would continue.

Speaking with The New York Times, Costello said his client “simply doesn’t trust” the committee and does not want his testimony to be misrepresented.

“If they changed their mind and they said, ‘Listen, we’ll jointly record the interview,’ then we would participate,” Costello said.

“Mr. Giuliani is an important witness to the conspiracy to overthrow the government and he remains under subpoena,” said Tim Mulvey, the House select committee spokesman, told CNN. “If he refuses to comply the committee will consider all enforcement options.”

Mulvey said Giuliani had “informed committee investigators that he wouldn’t show up unless he was permitted to record the interview” — a condition allegedly not agreed to by the Jan. 6 Committee. Mulvey said the two parties had agreed to a transcribed interview.

According to Giuliani, he had told the committee he would cooperate if he could videotape the interview.

“After all they habitually leak out-of-context their biased account,” Giuliani wrote on Twitter. “Would you trust them to be fair?”

The Jan. 6 Committee subpoened Rudy Giuliani last January — roughly a year after the security breach at the Capitol.

The subpoena says the committee is interested in Guliani’s efforts to “convince state legislators to take steps to overturn the election results” and his contact with then-President Trump and members of Congress “regarding strategies for delaying or overturning the results of the 2020 election,” per NBC News.

If Giuliani refuses to comply with the subpoena, he could be held in contempt.

The committee has already held a score of other public figures in contempt. The members have reprimanded former presidential advisor Steve Bannon, former White House chief of staff Mark Meadows, former communications adviser Dan Scavino, and former White House trade adviser Peter Navarro for refusing to compy with the subpoenas issued to them as part of the Jan. 6 investigation.

Meadow’s contempt charge was the first issued against a former member of congress since the 1830s. 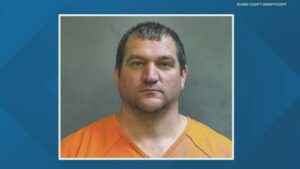 Indiana Man Wins Primary, Despite Being Jailed For Wife's Murder