Ghislaine Maxwell’s attorneys aim to call in 35 witnesses to aid in her defense in the ongoing trial.

Court filings reveal that the British socialite’s defense could outpace the prosecution’s case, which called 24 witnesses over two weeks. The prosecution’s lineup included four women who accused Maxwell of abusing them as teenagers or providing them for sexual intention to convicted sexual predator Jeffrey Epstein.

Defense arguments are set to begin on Thursday. Maxwell’s lawyers stated their intentions to hear all 35 testimonies in two or three days.

Many of the 35 witnesses are traveling from international origins to be present at the trial. Three defense witnesses have expressed hesitancy to testify unless the New York court guarantees their identities are kept secret.

Maxwell’s lawyer, Bobbi Sternheim, said in a letter to Judge Alison Nathan: “Three of the defense witnesses have requested to testify under their first names or a pseudonym. The court’s ruling on this issue may impact the willingness of these witnesses to testify, thereby compromising Ms. Maxwell’s right to present her defense.”

The names of the defense witnesses have not been released to the public thus far, and it appears many will be known only by their chosen pseudonym.

The requests for anonymity come as Judge Nathan ruled at Manhattan federal court that only portions of Maxwell’s “little black book” would be released under seal.

In 2015, pages from the book were published by the online news website Gawker, but many of the contacts were redacted.

The choice to pack the defense and move in a fast-paced manner, squeezing in as many as 10 witnesses per day, indicates that it is unlikely Maxwell will take the stand herself.

The prosecution rested its case on Friday after arguing that Maxwell is a dangerous sexual predator.

Maxwell continues to deny procuring schoolgirls to be abused by Epstein and herself. The alleged abuses occurred at Epstein’s mansion in Palm Beach, Florida, a location now dubbed the “house of sin,” and at other properties such as Epstein’s private island. 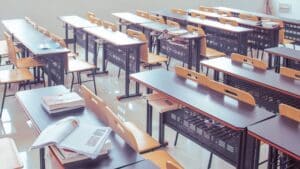