'Juror 50 harbored no bias toward the Defendant and could serve as a fair and impartial juror,' said Judge Alison Nathan

On Friday, a federal judge ruled that Ghislaine Maxwell would not get a retrial after a juror disclosed that he failed to reveal personal details that might have caused bias.

In her ruling, Judge Alison Nathan said, “The Court concludes that Juror 50 testified credibly and truthfully at the post-trial hearing. His failure to disclose his prior sexual abuse during the jury selection process was highly unfortunate, but not deliberate.”

Jeffrey Epstein’s longtime partner, who was convicted in December of multiple counts of sex trafficking of minors, had requested a new trial. Her request came after a juror falsely stated that he was not a victim of sexual assault during jury selection.

In the days after the trial, he told news outlets that he had shared with fellow jurors that he was a victim of child sexual abuse during deliberations. He said he believed his revelation helped swing some jurors towards a guilty verdict in the various interviews.

Following the news, prosecutors alerted the court and requested an inquiry. Maxwell’s defense lawyers demanded that the judge immediately dismiss the verdict and call a new trial.

The now-infamous “Juror No. 50” was then required to testify at a hearing in which he received immunity from the Justice Department. At the hearing, the juror told Judge Nathan he had glanced through the questionnaire and had no intention of answering it inaccurately, calling it a big mistake.

Maxwell’s attorneys subsequently argued that her right to a “fair and impartial trial” was “violated” by the juror during jury selection. However, prosecutors argued the juror would still have been allowed on the jury following his mistake.

“The Court further concludes that Juror 50 harbored no bias toward the Defendant and could serve as a fair and impartial juror. The requirements for a new trial under McDonough are not satisfied,” Judge Nathan concluded.

Maxwell faced six counts, including two related to sex trafficking and four based on conspiracy to entice and transport minors for the purpose of sex. All counts are directly related to her partnership with Epstein.

Over three weeks, the jury heard from nearly 30 witnesses, including the four accusers who claim Epstein abused them. The four women testified that Maxwell helped identify them, recruit them and support the ongoing abuse.

Maxwell continues to deny the charges, arguing prosecutors are using her as a scapegoat for their failure to bring Epstein to trial before he reportedly killed himself in prison in August 2019. 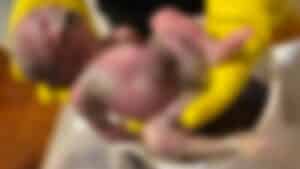