Health Minister Jens Spahn outlined what would be the strictest restrictions in Europe for parliament and representatives of Germany’s 16 federal states.

The proposed law is known as the “3G rule” which derives from the German terms for vaccinated (geimpft), recovered (genesen), and tested (getestet).

Many facilities would only be accessible to those who have been vaccinated against the virus, have recovered from an infection, or those who provide a negative test result under this rule.

This includes shops, restaurants, hairdressers, beauty salons, indoor sports, and large outdoor events. In certain parts of the country, this type of restriction has already been implemented.

The health ministry indicated that if infections continue the rule could be made “2G.” In this case, only the recovered and the vaccinated would be allowed into restricted locations.

“Alongside these measures, the ministry recommended that face masks remain compulsory until spring 2022; test, ventilation, and hygiene policies would need to be implemented in schools and daycare centers nationwide; and the country should do away with free Covid-19 tests” reports CNBC. “It is hoped the latter may incentivize some to get inoculated because vaccinations are being offered to all adults for free.”

Free tests would still be available to those who cannot be or are not recommended to be vaccinated, such as pregnant women and minors under the age of 12.

According to The Guardian, “the strongest opposition to the proposals has come from the pro-business FDP party, whose deputy leader, Wolfgang Kubicki, said the ‘goal and impact’ of the government’s paper ‘amounts to the same as a vaccine mandate,’ in particular if non-vaccinated people are excluded from social activities. He said that the government had promised not to make the vaccination obligatory but had in effect done so.”

“This is the most brazen and horrific breach of promise by this government, which has repeatedly sworn black and blue that there would be no mandatory vaccination in Germany,” said Kubicki in an interview.

So far, 44.5 million people in Germany — about half the population — have been vaccinated.

Last week, Spahn announced that “all 1.3 million doses of AstraZeneca jabs will go straight to the international vaccination initiative Covax,” reports Express. “It is in our very own national interest to vaccinate the world,” he said in a statement. “Because this pandemic is only really over when the virus is under global control.”

The German cabinet has yet to vote on the new proposals. 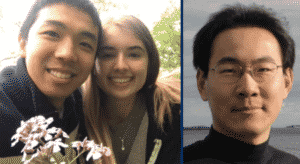