Unvaccinated people will be banned from access to all but the most essential businesses, such as pharmacies and food markets.

Both Merkel and Scholz additionally backed proposals for mandatory vaccinations. If the proposals are voted through the parliament, it could take effect from February at the very soonest.

Under these newest COVID restrictions, unvaccinated people can only meet two people from another household, maximum. Bars and nightclubs must shut down in areas with an incidence rate above 350 cases per 100,000 people measured week to week. And the country would limit the number of people at large events like soccer matches.

The announcement comes during a time when Germany is battling a surge in cases that has pushed Europe back to the epicenter of the pandemic. And, it is accompanied by heightening fears over the newly discovered Omicron variant.

Thursday’s press briefing is also Merkel’s last before she leaves office later on Thursday; a grim note to end her 16 years as German chancellor.

“We have understood that the situation is very serious and that we want to take further measures in addition to those already taken,” Merkel said at Thursday’s news conference. “The fourth wave must be broken and this has not yet been achieved.”

“A nationwide vaccination mandate could come into effect from February 2022 after it is debated in parliament and following guidance from Germany’s Ethics Council,” Merkel said.

Merkel added that vaccinated people will lose their vaccination status nine months after getting their last shot, apparently in an effort to encourage booster uptake.

For now, the nationwide lockdown will not take effect until further deliberation by Germany’s government. 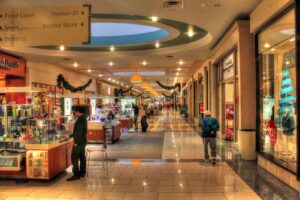