A high school athletic director in Fulton County, Georgia, has been suspended for restraining a student who brought a loaded gun to school.

Tri-Cities High School Coach Kenneth Miller was initially fired after the incident that took place on August 20, 2021 — but the district reversed their decision and opted to suspend him instead.

However, the educator remains suspended to this day.

Miller told local station WSB-TV that he had seen a student pass a bag with a gun to another student on the school’s surveillance camera. He alerted the principal and confronted the student in possession of the weapon.

“We got notice that the kids were planning on doing something at the pep rally,” Miller said. “We located guns. And we saved lives.”

As he spoke to the student, she became highly aggressive, according to an admission from the school district.

Police were on the scene when the student attacked Miller with a stapler and pushed him into a bookcase. He ended up shoving her into a whiteboard, the act which prompted his original termination, though it was later changed to a suspension.

Officers ended up using a Taser on the student to gain control of the situation.

Miller maintains that he helped to prevent a mass shooting that day.

“We really saved lives that day. And nobody wants to pay attention to the fact that we took guns,” Miller said.

The district claims that Miller involved himself in the situation inappropriately and that his actions “resulted in an escalation of a physical altercation with a student in crisis.”

“The district administration does not support Mr. Miller’s actions relating to this event and believes his conduct failed to meet the professional expectations it has for employees. Mr. Miller inappropriately intervened in a student matter being handled by school administrators and law enforcement,” the district said in a statement. “Mr. Miller acted outside of the scope of his authority and responsibilities. Mr. Miller’s conduct resulted in an escalation of a physical altercation with a student in crisis, which conflicts with district expectations to deescalate in these types of situations. Mr. Miller has not exhausted his due process rights at this time and remains on full, paid administrative leave. The district will not engage Mr. Miller or his attorneys in a public debate on this matter, but instead will allow the facts to drive the outcome of any related decision.”

Miller’s lawyer, Allen Lightcap, told the station that he shouldn’t have been terminated and he doesn’t deserve a suspension.

“Drop the termination. Drop the suspension. Put him back to work at Tri-Cities High School,” Lightcap said. 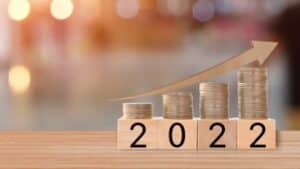