'SB 319 makes sure that law-abiding Georgians ... can protect themselves without having the permission of the state government,' said Gov. Kemp

On Tuesday, Georgia Governor Brian Kemp signed a pair of bills into law vacating the license and background check requirements for gun owners, allowing them to carry a firearm in public.

Senate Bill 319 (SB 319) is the statewide bill allowing residents to carry their firearms without a license or background check. House Bill 218 (HB 218) is a measure that recognizes licensed gun owners from other states and will enable them to carry firearms inside the state of Georgia.

“SB 319 makes sure that law-abiding Georgians — law-abiding Georgians, including our daughters and your family too — can protect themselves without having the permission of the state government. The Constitution of the United States gives us that right, not the government,” Kemp said. “HB 218 ensures that individuals who are licensed to carry in another state are also authorized to do so here in Georgia.”

SB 319, dubbed the “Constitutional Carry Act,” cleared both chambers of the state legislature by the beginning of April.

The measure has garnered praise for advocates of Second Amendment rights.

“This isn’t a bill that’s going to create more crime. This is allowing law-abiding citizens to carry a weapon without a license in Georgia,” Senator Jason Anavitarte told Fox 5 in Atlanta.

However, critics have expressed concerns the measure will lead to more violent crime in the state.

“This legislation will potentially allow individuals with a criminal history who purchase a gun through a private sale to legally carry a hidden, loaded weapon in our communities,” said Rep. Kimberly Alexander.

Georgia joins a host of states who now allow a constitutional carry of firearms for their citizens.

In March, Ohio Governor Mike DeWine signed Senate Bill 215, which allows residents over 21 to carry firearms without a permit. 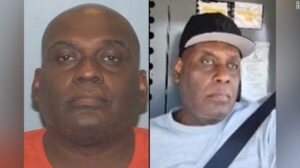