As Washington struggles to pass legislation to ease the pain at the pump, local governors are taking action

Two states are taking the lead on suspending gas taxes to help ease prices at the pump as lawmakers in Washington have yet to advance a national gas tax holiday.

On Friday, Governor Larry Hogan signed a bill making Maryland the first state to pause its gas tax amid the surge in gas prices. The bill effectively suspends the state’s 36.1 cents per gallon tax for gasoline and 36.85 cents per gallon for diesel fuel for the next 30 days.

“As we continue to stand in solidarity against Russian aggression in Ukraine and as Marylanders face the impact of surging inflation with the average gas prices rapidly rising, this bipartisan action will provide some relief from the pain at the pump,” Hogan said at a bill signing ceremony.

Later the same day, Georgia Governor Brian Kemp signed legislation that suspends the state’s 29 cent tax on gasoline and 32.6 cent tax on diesel until May 31.

“Since day one, the Biden Administration has fueled inflation while hamstringing domestic energy production. That’s why today, I signed a bill to temporarily suspend GA’s gas tax. While Joe Biden shifts blame, we’re fighting to provide relief at the pump,” Kemp tweeted.

Since day one, the Biden Administration has fueled inflation while hamstringing domestic energy production. That’s why today I signed a bill to temporarily suspend GA’s gas tax. While Joe Biden shifts blame, we’re fighting to provide relief at the pump. https://t.co/nnU5ghLbvC

Other states have considered their own measures to help offset rising gas prices for residents.

California has considered a different manner to offset rising gas prices. The state’s lawmakers pitched a bill to provide a $400 rebate for every Californian in the state who files. The measure is a broader proposal, including non-drivers, to help offset the rise in gas and living expenses. The $9 billion California proposal funds would come out of the state’s multibillion-dollar surplus.

“At a time when people are directly impacted by rising prices on everyday goods, a federal gas tax holiday is a tool in the toolbox to reduce costs for Americans, and we urge you to give every consideration to this proposed legislation,” they wrote.

The proposed bill would suspend the federal fuel tax of 18.3 cents a gallon on unleaded gasoline through 2022. 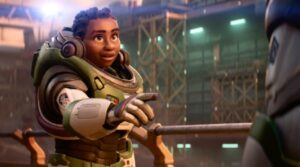