GALLUP: Vast Majority of Americans ‘Dissatisfied’ with Direction of the United States

A new poll published by Gallup indicates that voter dissatisfaction with the direction of the U.S. remains high.

The survey published Tuesday finds 78% of Americans are “dissatisfied” with the state of the nation, leaving 21% “satisfied.”

“When thinking about the state of the nation, just 21% of Americans say they are satisfied with the way things are going, and 78% are dissatisfied. This reading, from a Feb. 1-17 Gallup poll, is slightly improved from the 17% recorded in January, but still among the lowest since President Joe Biden took office,” reports the polling agency.

According to respondents, the biggest challenges facing the country are the economy, COVID-19 pandemic, immigration, race relations, health care, and violent crime.

Most voters predict inflation will get worse in the next 12 months.

“The 70% of Americans who believe economic conditions are worsening is tied for the highest since April 2020, the first full month of the pandemic, when millions of American workers were being sent home amid the unprecedented economic shutdown,” adds Gallup. 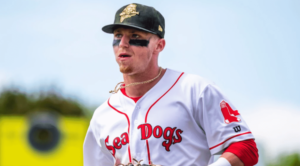