A new survey from Gallup shows most Democrats “tune out” press coverage during Joe Biden’s presidency.

“The decline among Democrats ages 18-34 is staggering. Roughly a quarter (24%) said they paid a great deal of attention to national news in 2021, compared to 70% in November 2020. Those ages 35-54 also tuned out significantly,” reports Axios.

Overall, 38% of voters claim to pay “very close attention” to national political news. That figure was 42% during the last presidential election.

According to the poll, young adults pay far less attention to politics than older generations. Those with a college degree are more likely to consume daily news coverage than those with a high school diploma.

“How much partisans’ fixation on the news relates to their likelihood of voting isn’t clear, particularly by the time of the first midterm elections after a presidential election loss. But Republicans’ slight edge this fall in paying close attention to political news could be a factor in their party’s better-than-expected results in several state and local elections, most notably the Virginia and New Jersey governor’s races,” concludes Gallup. 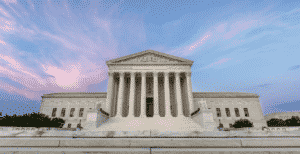