The poll finds 4 in 10 Americans back the Commander-in-Chief’s overseas agenda, one point below his overall approval of 41%.

Gallup also found 62% disapprove of Biden’s handling of the economy. 36% of voters approve of his approach towards Russia.

“Yesterday Vladimir Putin recognized two regions of Ukraine as independent states. And he bizarrely asserted that these regions are longer part of Ukraine and they’re sovereign territory. To put it simply: Russia just announced that it is carving out a big chunk of Ukraine,” said the Chief Executive.

“So we’re clear eyed about the challenges we’re facing. Nonetheless, there is still time to avert the worse-case scenario that will bring untold suffering to millions of people if they move as suggested. The United States and our allies and partners remain open to diplomacy, if it is serious,” he added.

The White House unveiled a series of economic sanctions aimed at Mr. Putin following the incursion.

The financial penalties specifically target Russian banks, energy exports, and those with close personal ties to the Russian President. 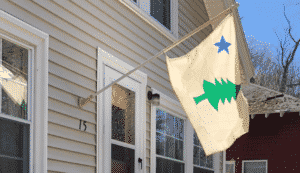