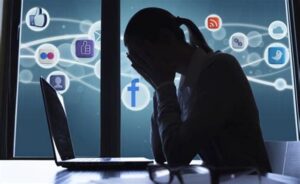 The teenage victim had to change schools twice and receives daily police protection. Identified only as Mila, the then 16-year-old posted videos on her Instagram and TikTok criticizing Islam and the Quran. She described herself as an atheist.

She received over 100,000 threatening messages, including death threats and rape threats.

In total, 13 people were prosecuted in the trial. the defendants were sentenced to suspended prison terms of four to six months and fined them about $1,770 each. Their ages range from 18- to 35-years-old.

AP News reported “the 13 defendants from around France came from various backgrounds and religions and were but a handful of all the people who went after Mila with online comments. The others could not be tracked down.”

One case was dismissed because the person’s statements were directed at Mila’s twitter account rather than the teen personally.

“What I want is that those (who harass) be considered a plague and ought to be forbidden access to social networks … those who cyberbully, who threaten with death, who deprive one of their freedom and who incite one to suicide,” Mila said to the media after the verdict.

The landmark case “was the first of its kind since France created a new Paris court in January to prosecute online crimes, including harassment and discrimination,” reported ABC News.

Freedom of expression is a protected right in France, which is a secular country. The case still became embroiled in a debate over permitted speech. French President Emmanuel Macron publicly supported the teen’s “right to blasphemy.” In contrast, her videos were deemed anti-Muslim hate speech by former Socialist president François Hollande.

A legal complaint was made in January 2020 accusing the teen of inciting racial hatred. Due to the lack of evidence, the authorities dropped any investigation.

“The ruling on the Mila case came a day after another French court ordered Twitter to give activists full access to all of its documents relating to its efforts to fight racism, sexism and other forms of hate speech on the social network,” said French 24.

Now 18, Mila said in court “I don’t like any religion, not just Islam.”