The protest most recently blocked the Ambassador Bridge in Detroit, one of the busiest international crossings

For almost two weeks, truck drivers participating in the Freedom Convoy have flooded the streets of Canada’s capital of Ottawa and strategic border crossings in protest of Prime Minister Justin Trudeau’s mandate. Trudeau’s mandates require that truckers get vaccinated or possibly submit to quarantine when crossing the nation’s border.

The protest most recently blocked the Ambassador Bridge in Detroit, one of the busiest international crossings. The route is used to transport tens of thousands of people and an estimated $323 million worth of goods between the countries.

“This blockade is an economic crisis and must end,” Caroline Mulroney, Canada’s minister of transportation, said in a statement posted to Twitter on Wednesday.

Toyota expects to have its Canadian plants offline for the remainder of the week. The auto manufacturer operates three manufacturing facilities in Ontario.

Toyota issued a statement this week to Newsweek regarding the shutdown.

“Due to a number of supply chain, severe weather and COVID related challenges, Toyota continues to face shortages affecting production at our North American plants, including Toyota Motor Manufacturing Canada,” the statement said. “Our teams are working diligently to minimize the impact on production. While the situation is fluid and changes frequently, we do not anticipate any impact to employment at this time.”

General Motors has been forced to cancel a second shift due to a lack of supply for production. The auto manufacturer operates a plant in the Delta Township of Michigan.

Erin Davis, a communications representative with GM, told WLNS,”We are working closely with our logistics providers to mitigate any potential impacts to our production and operations.”

“This is beyond cutting off our nose to spite our face,” he said during an interview on Windsor’s AM800news. “And these are people from the area, who are from Canada’s auto capital, who are inflicting this kind of damage to their neighbors and friends. You know, aren’t you embarrassed?”

On Wednesday, Trudeau tweeted: “The blockades in Windsor and Ottawa are endangering jobs, impeding trade, threatening the economy, and obstructing our communities. They must stop.”

He said he spoke with Ontario’s premier Doug Ford saying they were “working to support Ontarians and get the situation under control.” 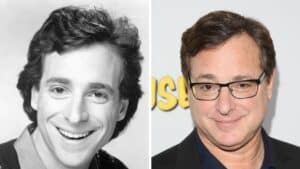 Bob Saget's Cause of Death Revealed