A fourth grade student at Sartell Minnesota’s public schools has revealed that she was told by teachers not to tell her parents about a classroom “equity survey.”

Yasgar and her mother, Kelsey, appeared on Fox & Friends on Monday to discuss what had happened.

Minnesota mother shocked after her 4th grade daughter was given an "equity survey" in class and allegedly told "not to repeat any of the questions" to her parents. pic.twitter.com/zq5DZeWRzA

The survey was asking kids questions such as their “gender identification.”

“I was in the survey, I was taking a few questions, and on the gender identification I got very confused and kind of nervous after a boy asked his mom after the teacher explained it, that we could not tell our parents anything. This just made me very nervous and uncomfortable,” Yasgar explained.

The mother said that they were kept in the dark about a lot of the details of the survey.

“We were informed that this ‘equity audit’ was going to be taking place, but the survey itself, they didn’t inform us of the day it was taking place, or we weren’t really sure a lot of details behind it.”

“And, due to the lack of transparency from the school district, and from Equity Alliance of Minnesota, the third party that the school district has brought in to perform this audit, we were not informed of the questions on this survey.”

Kelsey explained that the children were told they could not repeat any of the questions to their parents or any other adults in her life.

“And when my daughter came forth and told me that her teacher said ‘you cannot skip any questions, even if you don’t understand them,’ and when children were asking questions and asking if they could ask their parents about it, I was very upset when I found out that  she was told not to repeat any of the questions to me or any other adult in her life.”

The mother explained that she does not believe the teacher made the decision to hide the survey from parents, but that it came from the administration that has partnered with an organization called the Equity Alliance of Minnesota. According to their website, the organization “works with students, educators, and districts to achieve our vision of educational equity for all students.”

“I do want to say though I believe that this wasn’t a single case that her teacher made this decision. We had been informed that this came down from the administration and Equity Alliance of Minnesota instructed them to make sure the children did not share this information with their parents.” 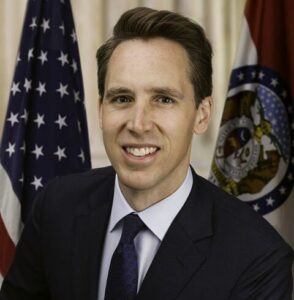