In a statement about the endorsement, Trump called Massie a “Conservative Warrior.”

“Congressman Thomas Massie is a Conservative Warrior for Kentucky’s 4th Congressional District! An MIT graduate and first-rate Defender of the Constitution, Thomas fights hard to protect your Liberties, especially the First and Second Amendments, which are under siege by the Radical Left,” Trump’s statement began.

Trump added, “Strong on the Border and our Military and Vets, Thomas Massie has my Complete and Total Endorsement!”

The endorsement is a bold change of tune from 2020, when Trump urged the GOP to throw Massie out of the party over his opposition to the $2 trillion COVID-19 economic relief package.

“Looks like a third rate Grandstander named @RepThomasMassie, a Congressman from, unfortunately, a truly GREAT state, Kentucky, wants to vote against the new Save Our Workers Bill in Congress,” Trump tweeted after Massie voted against the package.

“Workers (and) small businesses need money now in order to survive,” Trump added. “Virus wasn’t their fault. It is ‘HELL’ dealing with the Dems, had to give up some stupid things in order to get the ‘big picture’ done. 90% GREAT! WIN BACK HOUSE, but throw Massie out of Republican Party!”

Massie, a very libertarian-leaning member of Congress and fierce opponent of big government spending, had argued that the relief money should go directly to Americans.

“If getting us into $6 trillion more debt doesn’t matter, then why are we not getting $350 trillion more in debt so that we can give a check of $1 million to every person in the country?” Massie tweeted at the time. “This stimulus should go straight to the people rather than being funneled through banks and corporations like this bill is doing.”

Many of Trump’s most outspoken supporters on social media quickly rushed to defend Massie at the time.

Massie has also been endorsed by Trump-allies in Congress including Matt Gaetz, Jim Jordan, Lauren Boebert and Marjorie Taylor Greene.

“I’m proud to endorse my friend Thomas Massie, a true patriot who always puts America First,” Gaetz said in his endorsement. “Thomas stood up to Liz Cheney and the RINOs after they tried to take him out in 2020. They weren’t successful in 2020, and they won’t be in 2022 either.” 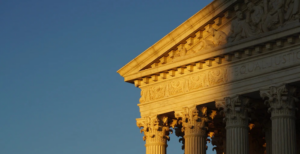