A former government official in charge of Denmark’s immigration policies was sentenced to 60 days in jail by an impeachment court.

Inger Stojberg served as Denmark’s immigration minister from 2015 to 2019 when the government was under center-right leadership.

She was found guilty on Dec. 13 of breaching her duties by separating refugee couples in asylum centers through one of the measures she introduced. While she was accused of illegally separating teenage couples, Stojberg argued she was trying to protect young women from forced marriages.

“Her ministry had said in a memo in February 2016 that all asylum-seeking couples would be housed separately without exception if one of the partners was a minor,” reports Vanguard NGR. “According to the court, it was illegal; 23 couples were affected.”

According to South China Morning Post, “the case started when a Syrian couple complained to the country’s ombudsman in 2016 after they were placed in separate asylum centres. A commission launched to investigate the case, also known as the ‘child bride case,’ concluded that the order was ‘clearly illegal.’”

In February, Danish lawmakers voted to try Stojberg for misconduct. Her impeachment trial was the first in 30 years, second in the last century, and the sixth in national history.

The majority of the court found the measure to be unlawful, with 25 of 26 judges on the Copenhagen court voting to convict. One judge was in favor of acquittal.

“I am very, very surprised, I must say,” Stojberg said to the media following the verdict. “Danish values lost today, not just me. I take my punishment, and I do it holding my head high. I wished and still wish to protect these girls.”

“Stojberg, who is being courted by the nationalist Danish People’s party as a possible future leader, became infamous internationally when she marked the introduction of her 50th restrictive immigration measure with a celebratory cake,” per The Irish Times.

Stojberg is not likely to go to prison but instead will most likely serve her sentence via electronic monitoring.

Parliament will now decide if Stojberg can serve as an MP in the future. She cannot appeal the ruling. 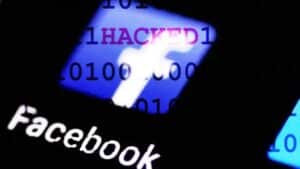