Democrat lawyer Michael Sussmann was acquitted of one count of lying to investigators.

Sussmann was found not guilty in a DC federal court in connection to allegations he made to the Federal Bureau of Investigation which were later found to be false.

The single charge stemmed from an investigation led by Special Counsel John Durham into misconduct committed by those looking into President Donald Trump’s alleged ties to Russia.

“While we are disappointed in the outcome, we respect the jury’s decision and thank them for their service,” Durham’s office said in a statement following the verdict. “I also want to recognize and thank the investigators and the prosecution team for their dedicated efforts in seeking truth and justice in this case.”

In September of 2016, Sussmann requested a meeting with the FBI General Counsel James Baker where he supplied data that supposedly supported the allegations that Trump had connections to Russia’s Alfa Bank.

Durham said Sussmann hid his connections to a technology executive and Hillary Clinton’s 2016 presidential campaign when he met with the FBI, per Fox News. Durham has said his investigation uncovered that the Clinton campaign paid the executive’s firm to “infiltrate” servers at Trump Tower and the White House to find incriminating information connecting Trump to misconduct involving Russia.

Sussmann had said he was not working for a client when he brought the allegations to the FBI, which Durham’s investigation found to be untrue.

According to the indictment, the lawyer “had assembled and conveyed the allegations to the FBI on behalf of at least two specific clients, including a technology executive (Tech Executive 1) at a US-based internet company (Internet Company 1) and the Clinton campaign.”

Sussmann was previously a federal prosecutor for the Department of Justice and served on the Democratic National Committee’s cybersecurity advisory board.

He was indicted by a grand jury in September of 2021.

The trial lasted about two weeks and the jury deliberated for several days before returning their verdict. In court, the prosecution used Sussmann’s financial activity to prove he had acted on behalf of his clients. The jury saw evidence that Sussmann billed the Clinton campaign for several hours of work on the day that he met with the FBI.

“It wasn’t about national security. It was about promoting opposition research about the opposition candidate, Donald Trump,” prosecutors said in closing arguments on May 27, “Your common sense tells you that… A person acting in good faith, a person who knows the law would not say and do the things that Mr. Sussmann did on Sept. 19.”

Sussmann’s attorney, Sean Berkowitz, said in his closing statement that this client never hid his affiliations with the Clinton campaign and that the government’s allegations were essentially “political conspiracy theories.”

According to reports, the jury was unable to find beyond a reasonable doubt that Sussmann had been lying during his meeting with the FBI. 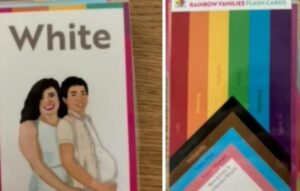