The Florida House of Representatives has passed a ban on abortions after 15 weeks of pregnancy.

The vote took place early Thursday morning after several hours of debate, according to a report from the Associated Press.

“This is the right to life and to give up life is unconscionable to me,” said Republican Rep. Dana Trabulsy, according to the report. She also explained that she has had an abortion and “regretted it every day since.”

The bill allows abortions past the 15-week mark if it is “necessary to save a mother’s life, prevent serious injury to the mother or if the fetus has a fatal abnormality.” Democrats have attempted to add exceptions for rape, human trafficking, and incest, but their efforts have been shot down.

“As a woman, it is my right to make decisions about my body and what is in the best interest of my family,” said Democrat Rep. Robin Bartleman. “God forbid your 11-year-old is raped and pregnant and you find out after 15 weeks, you don’t get to get your daughter that abortion, that’s what this law says.”

Several other states with Republican majorities have been moving to place limits on abortions after the Supreme Court implied that they will be upholding a law in Mississippi that also prohibits the procedure after 15 weeks.

The Supreme Court case, which is expected to be decided later this year, could potentially overturn the landmark 1973 Roe v. Wade decision — which legalized abortion nationwide.

In Texas, the “Heartbeat Act” passed last year prohibits abortions after a fetal heartbeat can be detected — which usually occurs around six weeks. Instead of being enforced by the state, private citizens are allowed to sue abortion providers who violate the law for $10,000, plus legal fees.

The plaintiff does not need to have any connection to the woman who obtained the procedure in order to file a complaint.

A study released last week found that the Texas law has prompted a 60 percent decrease in abortions in the state, or about 100 fewer each day.

“The last two months have been a phenomenal success for the pro-life movement,” John Seago, the legislative director of Texas Right to Life, which fought for the law, told the New York Times. “We are the first state to be able to enforce a heartbeat bill, and lives are being saved every day because of this work.” 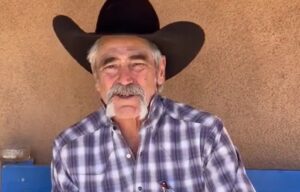 Yellowstone Star Says He Won't Attend SAG Awards Due to Vaccine Requirement, Says 'I Will Not Get Vaccinated'