Florida Department of Health to Recommend Healthy Children Should Not Get COVID Vaccines, Contradicting CDC

On Monday, Florida Surgeon General Dr. Joseph Ladapo announced that the Florida Department of Health will officially recommend against healthy children being given COVID vaccines.

Ladapo acknowledged that Florida would be the first state in the nation to go against guidance from the Centers for Disease Control and Prevention, which currently recommends the vaccine for kids over five.

The surgeon general was speaking at a roundtable in West Palm Beach moderated by Governor Ron DeSantis titled “The Curtain Close on COVID Theater.”

#BREAKING: Florida Surgeon General Dr. Joseph Ladapo announces the state is going to be the first to recommend against the COVID-19 vaccine for healthy kids. https://t.co/6WyvgYczS2 pic.twitter.com/gSxA2g2YOn

Local station WPTV reports, “Ladapo cited a recent study from the New York State Department of Health, which looked at Pfizer’s coronavirus shot and found the vaccine’s effectiveness against hospitalizations in children ages 5 to 11 dropped from 100% to 48% over the course of about six weeks between Dec. 13 through Jan. 24.”

“During that same time, the vaccine’s effectiveness at preventing COVID-19 infections in children plummeted from 68% to 12%, the study found.”

Ladapo said that there is not enough accuracy or confidence in the potential benefit of vaccinating children.

“We’re kind of scraping at the bottom of the barrel — particularly with healthy kids — in terms of actually being able to quantify with any accuracy and any confidence the even potential of benefit,” Ladapo said.

A California-based doctor named Tracy Hoeg also spoke on the panel about a study she conducted on the risks of myocarditis, especially among boys. The study has not been peer-reviewed.

“Even for boys who are previously healthy who haven’t been previously infected, we didn’t find that there was a benefit (to getting vaccinated), there was actually an overall risk of giving them the second dose,” she said.

Joseph Fraiman, an emergency room doctor in Louisiana, also spoke during the event. He stated that the severe side effects that are possible outweigh the mild symptoms children typically have with COVID-19.

“If you have a healthy child, the chances of that child dying are incredibly low, essentially close to zero if not actually zero,” Fraiman said. “We have no idea if vaccines reduce transmission in kids or in adults.”

The CDC reports that over two million children have been vaccinated in the US.

The state recommendation plan drew criticism from Florida Agriculture Commissioner Nikki Fried, who intends to run against Governor DeSantis as a Democrat in November.

“I urge all Floridians to continue to follow the COVID-19 guidance provided by their doctors, in addition to the FDA and the CDC, and not the anti-science conspiracy theories DeSantis and Ladapo are pushing,” Fried wrote in a statement. 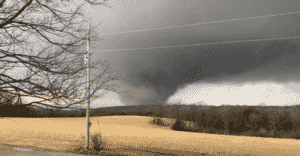