The Florida Department of Health issued new guidance on treating gender dysphoria in adolescents, claiming that Biden’s administration has it all wrong when treating children.

In the newly released guidance, Florida’s leadership stands up against the “irreversible” transgender treatments for children, warning that such approaches present an “unacceptably high risk of doing harm.”

The state called the options, including gender transition surgery, puberty blockers, and hormone therapy, should not be considered for children or adolescents. They note that such treatments have “potentially irreversible consequences.”

Florida’s new guidance is a response to a Department of Health and Human Services fact sheet that calls for the use of puberty blockers and “partially reversible” hormone therapy as methods of “affirming care” for children.

Florida’s Surgeon General, Dr. Joseph Ladapo, said that the HHS guidance had failed “at the most basic level of academic rigor” and noted that the guidance “was never about health care.”

Ladapo went on to say, “It was about injecting political ideology into the health of our children. Children experiencing gender dysphoria should be supported by family and seek counseling, not pushed into an irreversible decision before they reach 18.”

The state’s guidance suggests that children be supported by a close network of friends and family and be under the care of a qualified psychologist if they are facing any form of gender dysphoria. Still, it states that surgical, hormonal, or social gender transition should not be offered to minors.

The guidance refers to evidence that “encouraging mastectomy, ovariectomy, uterine extirpation, penile disablement, tracheal shave, the prescription of hormones which are out of line with the genetic make-up of the child, or puberty blockers, are all clinical practices which run an unacceptably high risk of doing harm.”

It goes on to state that “hormonal treatments for transgender adolescents can achieve their intended physical effects, but evidence regarding their psychosocial and cognitive impact is generally lacking.”

Additionally, the new guidance notes that its recommendation aligns with guidance from other countries, such as Sweden, Finland, the United Kingdom, and France. 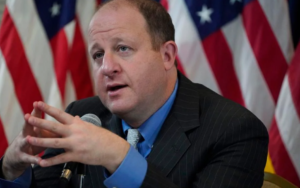