Shakur, 74, whose real name is Joanne Chesimard, was convicted of first-degree murder for the ambush killing of State Trooper Werner Foerster in New Jersey in 1973 while she was a member of the Black Liberation Army.

The cop-killer escaped the prison where she was serving a life sentence in 1979 and now lives in Cuba where she was granted political asylum. She was added to the FBI’s Most Wanted Terrorist list in 2013 and there is a 2 million dollar reward for her safe apprehension.

On Wednesday, Keechant Sewell, 49, was announced as the next commissioner while standing in front of the mural that also featured Malcolm X, Angela Davis, and Huey P. Newton.

“Behind them looked down Huey P. Newton, the co-founder of the Black Panther Party, who was jailed for the murder of a police officer in Oakland, California, in 1967 – although the conviction was later overturned,” the Daily Mail noted in their report. “Newton is known for writing the Black Panthers’ 10 Point Program, which states: ‘We Want An Immediate End To Police Brutality And Murder Of Black People.'”

Sewell is currently the chief of detectives in Nassau County but will assume her new position on January 1.

“This amazing law enforcement professional, she carried with her throughout her career a sledgehammer. And she crushed every glass ceiling that was put in her way, and today she had crashed and destroyed the final one we need in New York City,” Adams said of Sewell during the ceremony. 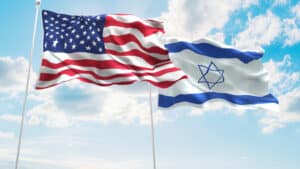 Report: US Officials Did Not Object To Israeli Plan To Attack Iran