On Thursday, the Federal Reserve Board released a discussion paper that examines the pros and cons of releasing a US central bank digital currency.

The Federal Reserve Board has invited comments from the public. They see this move as the first step in discussing whether a CBDC could improve the safe and effective domestic payments system.

The Board is also using this opportunity to consider how a digital currency alternative could help improve payment systems and currency tracking.

The paper itself does not favor any particular outcome or potential policy.

“We look forward to engaging with the public, elected representatives, and a broad range of stakeholders as we examine the positives and negatives of a central bank digital currency in the United States,” Federal Reserve Chair Jerome H. Powell said.

The paper outlines the current state of the domestic payment systems. It goes on to discuss the different types of digital payment methods and assets that have shaped the emerging economy in recent years. The discussion includes stablecoins and other cryptocurrencies.

Stablecoins are digital currency types directly backed by a FIAT currency, a 1:1 ratio. It differs from other cryptocurrencies, whose values are based on market supply, circulation, and rarity, much like a commodity.

The paper concludes by examining the potential benefits and risks of a CBDC and identifies specific policy considerations.

Consumers and businesses have long held and transferred money digitally via bank accounts, online transactions, or digital payment apps. The forms of currency used in those transactions are direct liabilities of private entities, such as retail banks.

However, according to the paper, the CBDC would be a central bank’s liability, such as the Federal Reserve.

Of the many concerns about a CBDC, the main questions are: how to ensure the currency would preserve monetary and financial stability and how it might complement existing means of payment.

The Board’s paper also discusses how to preserve citizens’ privacy and maintain the ability to combat financial fraud and money laundering.

The paper asks for public comment on more than 20 questions. They have opened a window of 120 days for comment, and comments can be submitted here. 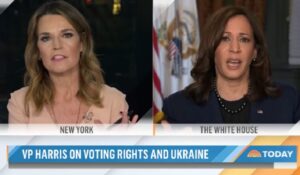