Judicial Watch has released 198 pages of records and communications from the Food and Drug Administration on “humanized mice” research that used the body parts of aborted fetuses.

The documents include communications and contracts between the FDA and human fetal tissue provider Advanced Bioscience Resources (ABR) on the project which used fetal heads, organs and tissue.

Judicial Watch noted that most of the records are communications and related attachments between Perrin Larton, a procurement manager for ABR, and research veterinary medical officer Dr. Kristina Howard of the FDA.

The organization has been fighting for these records for years, including filing a Freedom of Information Act lawsuit against the U.S. Department of Health and Human Services.

Their lawsuit had requested all contracts and related documentation on disbursement of funds, procedural documents and communications between FDA and ABR for the provision of human fetal tissue to be used in humanized mice research.

A federal court sided with Judicial Watch and forced HHS to release information about their purchases of organs and body parts harvested from aborted human fetuses — including the line item prices, or how much the government paid for the remains.

The records include an FDA generated contract with ABR, based on a “requisition” it issued on July 27, 2012, for $12,000 worth of “tissue procurement for humanized mice,” indicates the requisition was for a “non-competitive award.” Although the initial award was for $12,000, the total estimated amount of funds allocated for the requisition was $60,000. Under “Justification for Other than Full and Open Competition,” the FDA writes:

Scientists within the FDA and in the larger field of humanized mouse research have searched extensively over the past several years and ABR is the only company in the U.S. capable of supplying tissues suitable for HM research. No other company or organization is capable of fulfilling the need.

In April, 2013, a document titled “Amendment of Solicitation/Modification of Contract” revealed the FDA purchasing fetal livers and thymuses from ABR, billing $580 per liver/thymus set, but later paying a unit price of $685. 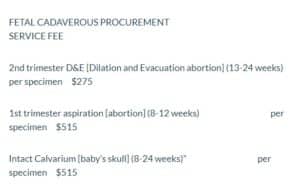 You can read the full set of documents here. 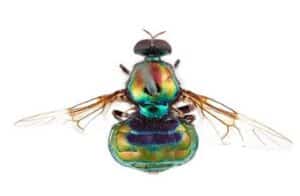