The House committee investigating Jan. 6 says false electoral certificates were submitted in an effort to give Trump a 2020 electoral victory

The chairman of the Nevada Republican Party was served a search warrant by the Federal Bureau of Investigation as part of its inquiry into election fraud committed in 2020.

According to 8 News Now, Michael McDonald was served with a search warrant on June 22. FBI agents seized his cellphone as part of an investigation of false electoral certificates, which were reportedly sent to the federal government alongside the state’s six official electoral certificates.

The Nevada Republican Party signed six non-legally binding documents during a ceremony on December 14, 2020 to show their support for President Donald Trump. The ceremony was held as the state government held the official tally to determine the state’s electoral vote distribution. None of the people who took part were official electors for Nevada.

“We are seeking information about your role and participation in the purported slate of electors casting votes for Donald Trump and, to the extent relevant, your role in the events of January 6, 2021,” read the warrant, which was issued at the end of January according to the outlet.

The FBI also planned to serve the Nevada Republican Party’s secretary, James DeGraffenreid, with a search warrant but were unable to locate him.

McDonald and his party allegedly sent the federal government the inauthentic electoral certificates, titled “Certificate of the Votes of the 2020 Electors from Nevada.”

On the day of the ceremony, McDonald cited a legal effort to overturn the results of the presidential election following allegations of voter fraud.

“With disturbing evidence of voter fraud in the state, including double voting, illegal voting, deceased voters casting ballots, and more, there is a legitimate concern over the rightful victor in the Silver State,” said McDonald in a statement obtained by Mediaite. “A court of law has failed to meaningfully evaluate the evidence and our law enforcement agencies and government officials have failed to investigate. This left our electors no choice but to send their votes for President Trump to Congress to make a determination as to who is the rightful victor of Nevada between the dueling votes.”

President Joe Biden won Nevada by less than 3% of the vote. He won two of the state’s 17 counties — which included two of Nevada’s largest cities Reno and Las Vegas.

The Nevada Supreme Court ultimately ruled no voter fraud has been committed during the 2020 presidential election.

“The Jan. 6 committee revealed on Tuesday that the Trump campaign helped organize sham electors from across battleground states to help overturn the 2020 election,” states Rolling Stone. “The electors often signed false certifications which were submitted to the National Archives in a convoluted attempt to illegally loophole Trump into an electoral victory.”

Both McDonald and DeGaffenreid were also subpoenaed by the Jan. 6 Committee, as was Georgia GOP chair, David Shafer. 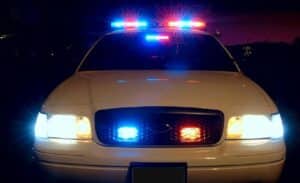