A New Brunswick judge has ended the father’s in-person custody rights, allowing the children to be vaccinated without his consent

Last Monday, a father lost custody of his three children in New Brunswick, Canada, because he has not been vaccinated against COVID-19.

His custody was temporarily suspended because the courts saw him as a threat to the health of his immunocompromised 10-year old daughter.

Justice Nathalie Godbout ruled in favor of the childrens’ mother in last week’s court hearing. Despite the father’s objections, the judge also ruled that the children’s mother could vaccinate them against COVID-19.

The Court of Queen’s Bench judge said she was rescinding the father’s in-person access to his children “with a heavy heart” but has permitted the father “generous” parenting time by phone or video.

The judge said the man’s refusal to take the vaccination has consequences for him and his children. She further said that the children “must be given their best possible chance at evading infection from COVID-19.”

She said the father could file an urgent request to review the suspension if he chooses to get vaccinated.

“It is no contest: the current science in the face of a highly contagious virus far outweighs Mr. F.’s layman wait-and-see approach,” wrote Godbout.

The parents and children are not identified in the court filing, referred to only by their initials.

Godbout’s decision states that the couple was together for a decade before separating in 2019. Since that time, they have shared joint custody of the three children.

The judge said that the mother discovered in July 2021 that the father and his new partner had not been vaccinated. When the children became eligible for the COVID-19 vaccination, the father was unwilling to sign the consent for the shots.

In October, the mother filed a motion with the court to have the father’s in-person parenting rights suspended. The court hearing was held on Jan. 24.

The judge’s ruling states that the father claimed he’d done his own “research” about COVID-19 vaccines and concluded he poses no harm to his immunocompromised daughter.

The judge noted that there was sufficient public evidence of the vaccine’s benefit. She also said that the child’s doctor recommended the father be vaccinated to protect her from COVID-19.

“This research is not set out in his affidavits in any meaningful way, other than his subjective assertion that it informs his choice and is from ‘credible sources,'” the judge wrote. “He may find himself conducting ‘research’ for information that supports his position, leaving him blind to evidence that does not.”

“We have seen vaccine cases that predate COVID-19,” Katz said. “Courts have taken judicial notice of the safety and efficacy of vaccines, meaning they have outlined that that’s basically a known fact. And that has continued in the face of the COVID-19 vaccines.”

Katz said the judge’s ruling should remind parents that courts are ruling in favor of public health advice from officials and to note that personal research based on non-credible sources isn’t holding weight. 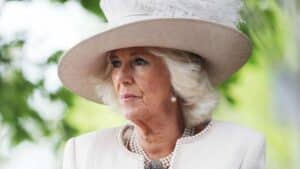