Facebook labeled advertisements from a conservative publisher of children’s books “disruptive” and subsequently banned the company from the platform.

Heroes of Liberty launched on Nov. 14. The brand produces a collection of illustrated books about conservative figures, including President Ronald Regan, Thomas Sowell, and Supreme Court Justice Amy Coney Barrett. Recommended for children ages 7-12, the books are available via subscription and the company promises one new book a month.

Bethany Mandel is the editor and board member of Heroes of Liberty and wife of Washington Examiner Editor Seth Mandel. She said on Twitter that they had invested heavily in Facebook advertising and were informed on Dec. 23 that their ads would be shut down.

We had a number of negative comments on the posts and we think they reported our content. They were triggered by a children’s book that portrays Ronald Reagan as a hero. But this was not their decision. It was Facebook’s decision, they went along with them it seems. pic.twitter.com/KbCWWJ8Smh

“This ad account, its ads and some of its advertising assets are disabled because it didn’t comply with our policy on Low Quality or Disruptive Content,” Facebook said in a message to the publisher.

Heroes for Liberty’s Facebook was permanently shut down when it appealed the decision, per ADN America.

“After a final review of this ad account, we confirmed it didn’t comply with our Advertising Policies or other standards,” Facebook told the publisher. “You can no longer advertise with this ad account and its ads and assets will remain disabled. This is our final decision.”

Meta, Facebook’s parent company, announced on Jan. 3 that the account was no longer closed and its advertising could continue.

“I wanted to let you know that the ads account was disabled in error and has been restored,” Meta Spokesman Drew Pusateri said in a statement to Fox Business.

Mandel, who confirmed to Fox that the account had been restored, believes the social media company had acquiesced to a vocal group of critics of the company.

How is it possible that @Meta (@facebook) restores the account for @HeroesOfLiberty and doesn't actually inform the owner? Their entire business is about communication and somehow an email/DM isn't worth it to them? This smacks of arrogance. https://t.co/28HhkXrmqa

Heroes For Liberty says it creates “entertaining, engaging, story-driven” books that will “bring back magic, joy and laughter to your child’s bedtime.”

“The best children’s books are inevitably the old books because the production value has decreased, along with the messaging,” she told Fox Business in November. She added that Heroes of Liberty wanted to offer moral lessons and American values without “trying to sell an agenda” like many modern books in the genre.

“Children’s literature is one of those things that people realized this is garbage and indoctrination, but there’s never been an alternative that’s not garbage itself or indoctrination itself,” she said.

Mandel added that, according to the company’s market research, 58% of parents want literature that features conservative and traditional values and 52% of moderate and conservative parents do not want their kids exposed to critical race theory and other components of left-wing ideology. 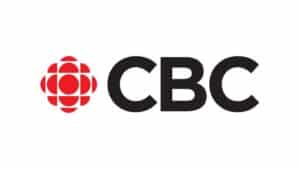