'F*** That': Biden In 2010 When Asked About Consequences for Afghan People After US Withdrawal

"F*ck that, we don’t have to worry about that," Biden said.

As President Biden’s withdrawal from Afghanistan leaves behind a number of Afghans who assisted the U.S. government, newly surfaced reports show that Biden responded “f*** that” to a question about America’s obligation to those people.

The New Yorker reported, in January 2002, “Biden went to Kabul, where he toured a new school — one that was bitterly cold, with plastic sheeting over the windows and a naked bulb hanging from the ceiling. When the visit was over and Biden started to leave, a young girl stood ramrod straight at her desk and said, ‘You cannot leave. You cannot leave.’”

“I promise I’ll come back,” Biden told her.

“You cannot leave,” the young girl insisted. “They will not deny me learning to read. I will read, and I will be a doctor like my mother. I will. America must stay.”

In a 2004 interview, Biden said that the child was effectively telling him, “Don’t f*** with me, Jack. You got me in here. You said you were going to help me. You better not leave me now.”

According to The Atlantic, when Biden was vice president, “he told Richard Holbrooke, Obama’s special representative for Afghanistan and Pakistan, that the U.S. had to leave Afghanistan regardless of the consequences for women or anyone else. According to Holbrooke’s diary, when he asked about American obligations to Afghans like the girl in the Kabul school, Biden replied with a history lesson from the final U.S. withdrawal from Southeast Asia in 1973: ‘F*** that, we don’t have to worry about that. We did it in Vietnam, Nixon and Kissinger got away with it.’”

Biden’s response was reminiscent of the disdain he showed for South Vietnamese people who helped the U.S. government.

In 1975, Biden, at that time a 32-year-old first-term senator from Delaware, said that he would not vote for sending U.S. troops to help evacuate Americans if it included evacuating a single South Vietnamese refugee.

“I feel put upon in being presented an all-or-nothing number,” Biden said on April 14, 1975. “I will vote for any amount for getting the Americans out. I don’t want it mixed with getting the Vietnamese out.”

A few days later, Biden objected to a bill because “it would also authorize evacuation of ‘endangered foreign nationals,’” he said. 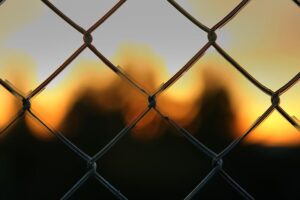