Rep. Gosar: ‘I've gone from troubled about the lack of peace efforts to now feeling compelled to act’

In a letter that was sent by Representative Paul Gosar and obtained exclusively by Timcast, the Arizona congressman invited the leaders of Ukraine and Russia to settle their nations’ disputes at a peace talk session held in Phoenix, Arizona.

In the letter, Representative Gosar addresses both Russian President Vladimir Putin and Ukrainian President Volodymyr Zelenskyy, and urges the two heads of state to settle their differences in Arizona in order to prevent further death and destruction.

Noting that he does not have experience as a diplomat and is just a “mere member of the U.S. Congress,” Gosar briefly explained what prompted his decision to intervene and noted that other interested parties have not made a pathway to peace easy to identify.

“It’s untenable,” the congressman wrote. “I’ve gone from troubled about the lack of peace efforts to now feeling compelled to act.” Gosar then discussed the human toll of the war and asserted his right “pursuant to the United Nations Peacemaker” to propose that mediation talks take place in Arizona:

The United Nations’ estimates place civilian casualties at over 14,000. Countless more have been displaced or had their homes and communities destroyed. As if this wasn’t problematic enough, the duration of this conflict has been draped with nuclear undertones. From fighting around active nuclear energy infrastructure, to indications or direct statements of unconventional military responses being on the table, this is no longer just a war between your nations. Months of escalation in weaponry and rhetoric endangers not just the citizens of your nations, but also the world.

A pathway to peace is long overdue and I write to offer a means to pursue this important goal. Unfortunately, many statements and actions by global political and military leaders are averse to achieving peace. Inasmuch as I am a non-combatant peace activist, I have a recognized right, pursuant to the United Nations Peacemaker program, to seek mediation through local efforts. I do so with the expectation of administrative and other support from the U.N. to set up the framework for peace talks.

Representative Gosar closed his letter by assuring both leaders that Phoenix, Arizona is far enough away from both the conflict and “entities that are currently urging more war to be a productive location.” 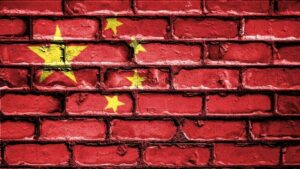