An American nonprofit organization is seeking women who allegedly were sexually exploited or abused by Andrew Tate and his associates.

During her appearance on Timcast, human trafficking survivor and advocate Eliza Bleu read a prepared statement on behalf of two women who allege they are victims of Andrew and Tristan Tate.

“Together we can recognize vulnerability as power,” said one anonymous survivor via the statement.

Bleu directed women who are alleged victims of “Andrew Tate, Tristan Tate or any co-conspirators in this case” to visit NCOSE.com to get involved in new legal action.

Andrew Tate is a former kickboxer turned social media influencer known for his controversial statements about masculinity and women. In 2016 he was removed from a British reality television show after a video seemed to portray him hitting a woman. He is most well-known for his social media presence which depicts an ultra-masculine, ultra-luxurious lifestyle that some say includes misogynistic views.

In August 2022, he was banned from Instagram, Facebook and TikTok after posting that women should “bear responsibility” for being sexually assaulted, per the BBC. His Twitter account, which was banned in 2017, has since been reinstated.

Tate and his brother, Tristan, were arrested on Dec. 26 in Bucharest and detained for 30 days as part of an investigation into organized crime, rape and human trafficking. The Tates are dual American and British citizens. Andrew Tate has resided in Romania since 2018. Two other Romanian men were also arrested.

“The four suspects… appear to have created an organised crime group with the purpose of recruiting, housing and exploiting women by forcing them to create pornographic content meant to be seen on specialised websites for a cost,” the Romanian Directorate for Investigating Organised Crime and Terrorism (DIICOT) said in a statement.

At least six women were involved in the investigation which began in April.

The DIICOT released a video of the arrest that captured a room of the residence with a number of weapons, guns, knives, and money on display.

“Andrew Tate and his brother were accused of ‘misrepresenting their intention to enter into marriage’ and cohabitation relationships with alleged victims before transporting them to buildings in the Ilfov County of Romania,” reports UPI. “Officials described the actions of the Tates as the ‘loverboy method’ and said that their victims were ‘sexually exploited by members of the group’ who forced them to perform ‘pornographic demonstrations’ to share on social media.”

The National Center on Sexual Exploitation redirects to a website with a questionnaire to determine if the alleged victim qualifies to join the lawsuit being brought against the Tate brother and possible co-conspirators.  The website’s URL contains the phrase “webcam-exploitation.”

Questions on the page include “Were you sexually assaulted by Andrew Tate or one of his associates?” “Were you ever forced, coerced, pressured, or tricked into performing paid sex acts?” “Did someone upload sexually explicit images of you as a minor, or without your knowledge or consent?” and “Did someone solicit or upload sexually explicit images of your child over the Internet?”

Bleu did not say if the victims are seeking monetary damages or hoping the case would result in criminal charges. The human trafficking survivor and podcast host, who has written for The Blaze and Evie Magazine, said she plans to release her own statement in the near future and that she believes the anonymous women currently involved in the lawsuit will “probably” publicly identify themselves.

”We just have to make sure they are safe,” said Bleu. “You have to understand – we didn’t necessarily know that the Romanian law enforcement was going to move ahead with what they did right then.”

The statements she read during the livestream did include a reference to the “loverboy” type of coercion.

The “loverboy” sex trafficking method involves “seduc[ing] young, vulnerable girls and boys over a lengthy period of time, in order to exploit them sexually later on,” according to the Government of the Netherlands website.

Per Business Insider: “Tate has been very open about his webcam business, claiming on the Fresh & Fit podcast last year that he was earning $600,000 a month from 75 female webcam models.”

On Tate’s own website, which no longer exists but screenshots of which have been widely shared, Tate wrote that 50% of his employees were his girlfriend at one time and “none were in the adult entertainment industry before they met me.”

As of Jan. 6, authorities have seized at least seven vehicles as well as 10 pieces of property or land belonging to the Tate brothers.

“If we prove they gained money through human trafficking, they will be taken by the state and (will) cover the expenses of the investigation and damages to the victims,” said Ramona Bolla, a spokeswoman for DIICOT, per News4 JAX.

All four men are expected to appear in court next week.

A message posted on Tate’s website after his arrest says the influencer is “the target of an unfounded, politically-driven attack.”

“We are apolitical and are not affiliated with any religion,” reads the statement. “We continue to focus on our mission of supporting men becoming the best version of themselves.” 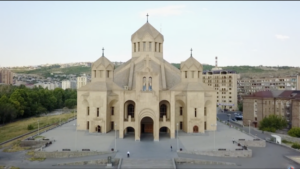