Former New York Governor Andrew Cuomo has been charged with a Class A misdemeanor of “forcible touching” – a crime that could cause him to be registered as a sex offender if he is convicted.

The misdemeanor criminal complaint filed in Albany City Court alleges that Cuomo “did intentionally, and for no legitimate purpose, forcibly place his hand under the blouse shirt of the victim … and onto her intimate body part … specifically, the victims [sic] left breast for the purposes of degrading and satisfying his sexual desire.”

The alleged incident took place on Dec. 7 at the governor’s official residence. As the New York Post noted, “The name of the alleged victim was redacted from the complaint but the allegations line up with those made by former Cuomo aide Brittany Commisso, 33.”

The complaint charged Cuomo with forcible touching, a crime that carries a maximum prison sentence of one year. The New York Post added, “The alleged evidence against him includes a text message from Cuomo’s cell phone, state police aviation records for Dec. 7 and news reports of a press conference that day, state police Blackberry PIN messages, swipe card records from the state Capitol, and Commisso’s testimony to the Attorney General’s Office.”

The complaint comes just two months after Cuomo resigned following an independent investigation finding that he had “sexually harassed a number of current and former New York State employees.”

The former governor’s scandal began in December 2020, when the first of 11 women accused him of sexual misconduct. The women, who were mostly his employees, claimed Cuomo engaged in sexually aggressive behavior including nonconsensual kissing, groping, inappropriate invitations to play strip poker and comments about their sex lives.

The investigation found that “the Governor sexually harassed a number of current and former New York State employees by, among other things, engaging in unwelcome and nonconsensual touching, as well as making numerous offensive comments of a suggestive and sexual nature that created a hostile work environment for women.”

The investigation further “revealed that the Governor’s sexually harassing behavior was not limited to members of his own staff, but extended to other State employees, including a State Trooper on his protective detail and members of the public.” Finally, Cuomo created a culture “filled with fear and intimidation, while at the same time normalizing the Governor’s frequent flirtations and gender-based comments [which] contributed to the conditions that allowed the sexual harassment to occur and persist.”

Cuomo’s initial response to the investigation’s findings was to play a slideshow of him inappropriately touching and kissing various people while explaining, “I do it with everyone. black and white, young and old, straight and LGBTQ, powerful people, friends, strangers, people who I meet on the street.”

Incredible moment as Cuomo displays face-touching slideshow: “I do it with everyone. Black and white, young and old, straight and LGBTQ, powerful people, friends, strangers, people who I meet on the street.” pic.twitter.com/CIwbAJj9R3 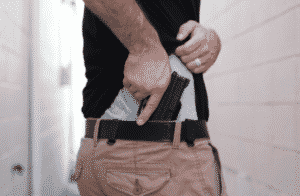