John Demsey worked for the cosmetics giant for 31 years

After more than thirty years at one of the world’s largest cosmetic companies, Estée Lauder announced that it had fired one of its senior executives, John Demsey, after a racially offensive post on Instagram.

According to a recent regulatory filing, Demsey, who served as Estée Lauder’s executive group president, will exit the company and retire on March 4.

On Monday, Estée Lauder released a statement saying that Demsey was fired due to his “recent Instagram posts, which do not reflect the values of the Estée Lauder Companies.” The statement went on to say that his post caused “widespread offense.”

“Inclusion, diversity, and equity are core to our company’s values and priorities globally. Furthermore, over the past two years, we have worked together as an organization to advance our approach to racial equity and have taken a hard look at where we can and should do better,” said the company’s statement.

“Our employees, and especially our senior leaders, are accountable to continue driving our progress and to respect the values of this company for the long term,” the statement said.

The company owns several brands, including MAC and Clinique.

According to a report by the Wall Street Journal, Demsey posted a meme on his Instagram account last week. The post included a parody book cover based on the TV show “Sesame Street” and included the N-word with some letters replaced with asterisks. Demsey has since deleted the post from his account.

On Saturday, Demsey posted an apology to Instagram, saying he was “terribly sorry” and the original post he published “is the furthest thing” from his own personal views.

“There are not enough words to express my remorse and sorrow,” Demsey said. “Not only did I hurt many people whom I respect, the terrible mistake that I made has undermined everything I have been working for since I began my career 31 years ago.”

Demsey’s sudden firing is a move that mirrors the actions and commitments of many large companies aiming to become more inclusive and focus their internal values on equity. 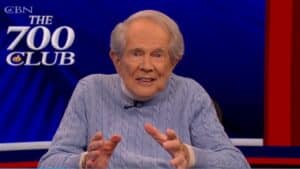