The billionaire tycoon who is currently working to close his purchase of Twitter responded to a threat by Russia’s top brass on Sunday with his usual sarcasm.

Shortly after the war in Ukraine began, Elon Musk, who also owns a satellite-based internet service company, Starlink, began supplying Ukrainians, including their military, with free internet services. The move has given Ukraine the ability to operate its military drones in defense of Russian troops.

Musk’s generosity and actions have also allowed hundreds of thousands of Ukrainian citizens to remain connected to the world wide web despite the war-torn destruction of local infrastructure.

On Sunday night, Musk tweeted out a statement Dmitry Rogozin, the head of the Russian space agency Roscosmos, provided to the Russian media and posted on the messaging app, Telegram.

The statement said that based on the testimony of captured Ukrainian forces, Musk was responsible for having Starlink satellite equipment “delivered to the militants of the Nazi Azov Battalion and the Marines of the Armed Forces of Ukraine to Mariupol by military helicopters.”

It went on to say, “Elon Musk is thus involved with supplying the fascist forces in Ukraine with military communications.”

Rogozin said, “And for this you will have to answer in an adult way, Elon, no matter how much you’ll play the fool.”

Musk responded with his usual sarcasm, something that has become an expected hallmark of his public commentary.

In a possible nod to the 80s comedy hit The Princess Bride, Musk conjures a famous line by Mandy Patinkin as he faced the pesky Vizinni character who was threatening his life.

He responded on Twitter, “The word ‘Nazi’ doesn’t mean what he seems to think it does.”

Musk went on to quip, “If I die under mysterious circumstances, it’s been nice knowin ya.”

If I die under mysterious circumstances, it’s been nice knowin ya

His Twitter responses were met with lots of commentary Sunday night following the response by the eccentric tycoon. Many responses were laced with humor, while others genuinely questioned the validity of the interchange.

One user tried to start a trend using the hashtag #keepelonsafe on the social media platform.

The most notable response to the interchange came from Musk’s own mother, Maye Musk, who simply stated, “that’s not funny.” 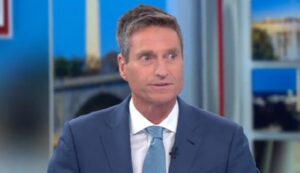