Time Magazine has named Tesla and SpaceX CEO Elon Musk as their Person of the Year for 2021.

Musk became the third person ever to be worth $200 billion in September, according to Forbes, surpassing Amazon founder Jeff Bezos as the world’s richest private individual. His fortune may soon hit $300 billion thanks to the rising price of Tesla stock.

“I’m sending a giant statue of the digit ‘2’ to Jeffrey B., along with a silver medal,” Musk wrote an email to Forbes about the announcement.

In their article honoring Musk, Time Magazine referred to the billionaire as an “edgelord” and a “blue-skinned man-god.”

“This is the man who aspires to save our planet and get us a new one to inhabit: clown, genius, edgelord, visionary, industrialist, showman, cad; a madcap hybrid of Thomas Edison, P.T. Barnum, Andrew Carnegie and Watchmen’s Doctor Manhattan, the brooding, blue-skinned man-god who invents electric cars and moves to Mars,” the article gushed.

.@elonmusk is TIME’s 2021 person of the year. Absolutely well deserved. The man is literally helping humanity.

Musk gained the ire of many liberal political commentators, who were outraged by him being honored, because he often speaks out against taxes.

And with that @time has lost all remaining credibility … what an absolute disgrace. https://t.co/46DnkG0Nee

I saw this cover and immediately thought “oh! Did El*n buy Time Magazine?” When you think about it, it makes the most sense.

This is so embarassing https://t.co/u2afrglp9C

Given @Time tradition of selecting the worst people on the planet for this “award”, I think this is a very logical choice. https://t.co/mrlq3U9pAf

“They’re basically saying they want control of the assets,” Musk said in an interview with TIME. “This does not result in, actually, the good of the people. You want those who are managing capital to be good stewards of capital. And I think the government is inherently not a good steward of capital.”

Last month, Vermont Sen. Bernie Sanders demanded the wealthy pay what they owe in taxes, to which Musk replied: “I keep forgetting that you’re still alive.” 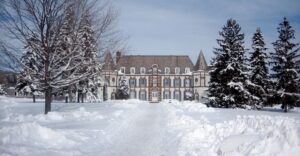