'We are confident we will prevail in...Court,” said Twitter board chairman

Tech Billionaire Elon Musk says he will not purchase Twitter because the company has violated a number of provisions in their sales agreement.

The Tesla CEO listed multiple alleged breaches of contract including Twitter’s failure to share information about fake accounts on its platform.

“Twitter has not provided information that Mr. Musk has requested for nearly two months notwithstanding his repeated, detailed clarifications intended to simplify Twitter’s identification, collection, and disclosure of the most relevant information sought in Mr. Musk’s original requests,” state the letter filed on July 8.

Twitter had maintained in quarterly securities filings that roughly 5% of its accounts are fake or automated in some way.

On June 6, Musk’s legal team notified the company that the $44 million sale was “contingent on his receiving the bot information to evaluate the business,” per NBC News.

Twitter’s Board Chair, Bret Taylor, said the company is “committed to closing the transaction on the price and terms agreed upon with Mr. Musk.”

Taylor added the company would “pursue legal action to enforce the merger agreement” if necessary.

“We are confident we will prevail in the Delaware Court of Chancery,” Taylor wrote.

The Twitter Board is committed to closing the transaction on the price and terms agreed upon with Mr. Musk and plans to pursue legal action to enforce the merger agreement. We are confident we will prevail in the Delaware Court of Chancery.

Twitter reiterated the same message in a press release. The company told journalists on July 7 that it removes 1 million spam accounts a day.

Musk’s legal team says that even though he has not been provided the requested information, Musk “has been able to partially and preliminarily analyze the accuracy of Twitter’s disclosure regarding its mDAU” — “While this analysis remains ongoing, all indications suggest that several of Twitter’s public disclosures regarding its mDAUs are either false or materially misleading.”

Musk and his attorneys contend that Twitter is “dramatically understating the proportion of spam and false accounts” represented in its monetizable daily active user count and that the company relies on an “arbitrary and ad hoc” method for counting fake or spam accounts.

“Disclosing that Twitter has a reasoned process for calculating mDAU when the opposite is true would be false and misleading,” Musk’s attorney said in the filing.

In addition to the unsupplied data, Mike Ringler, a lawyer representing Musk, “alleged that Twitter broke the agreement when it fired its revenue product leader and general manager of consumers and laid off a third of its talent-acquisition team,” per AP News.

During his initial offer, Musk had said he would buy Twitter for $54.20 per share. The company’s stock price slumped on July 8 to $36.81. 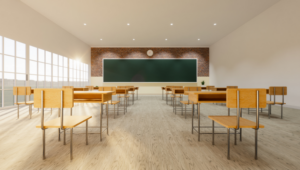