Fishermen in Massachusetts and New Jersey are suing President Joe Biden and his administration over commercial fishing bans that they say hurt their livelihood.

Biden reinstated regulations introduced under President Barack Obama barring commercial fishing in the Northeast Canyons and Seamounts Marine National Monument in October of 2021. He simultaneously announced plans to phase out commercial fishing for red crab and lobster by Sept. 15, 2023.

The Pacific Legal Foundation, which is representing the fisherman, argues that the proclamation is a violation of existing law as well as the Constitution’s Separation of Powers.

“The creation of the Northeast Canyons and Seamounts Marine National Monument violated the core requirements of the Antiquities Act to limit protections to specific monuments,” said attorney Frank Garrison in an April 12 statement. “Most fundamentally, the Act gives the president authority to create monuments on federally owned or controlled land. The ocean is not land. Presidential action that goes beyond laws passed by Congress undermines the democratic process and the Constitution’s separation of powers.”

Obama created the monument in an area of the ocean south of New England in 2016. The area is approximately 4,913 square miles and includes Oceanographer, Gilbert, and Lydonia canyons as well as Bear, Mytilus, Physalia, and Retriever seamounts.

“In 2016, several fishing groups from across the Northeast including the Massachusetts Lobsterman’s Association sued in an attempt to overturn the monument designation and keep the area open to industry,” reports The Hill. “However, a judge dismissed the suit last year, ruling that presidents can establish marine monuments.”

President Donald Trump reopened the area to fishing in 2017.

“Environmental groups that had pushed Obama for the monument lobbied hard after Biden’s inauguration to flip that Trump order 180 degrees, along with reversing Trump’s reductions of the Bears Ears and Grand Staircase-Escalante national monuments in Utah,” reports National Fisherman.

In his proclamation, Biden said “Restoring the Monument’s conditions will restore its integrity, expand the opportunity for unique scientific study and exploration, and protect and preserve natural and cultural resources for all Americans.”

The legal challenge, known as Fehily et al v. Biden et al, was filed in the U.S. District Court for the District of New Jersey. 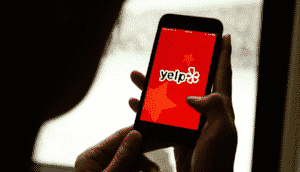