The demonstrators say new environmental regulation could destroy their livelihood

The demonstrators signaled their opposition to stringent emissions regulations imposed by the governments by crowding the roads to warehouses across the county with hay bales and tractors.

Following a 2019 court ruling, the Dutch government has ordered a 50% reduction in nitrogen oxide and ammonia emissions generated by livestock by 2030. The provincial governments have one year to begin implementing the new regulations, the enforcement of which would mean reducing the national total of livestock.

The Dutch government has reportedly estimated that 30% of the nation’s livestock farmers may have shut down because of the new emissions rules.

“Farms near national parks are being hit the hardest. Claiming that ecosystems have been damaged by nitrogen pollution, the government plans to cut greenhouse gas nitrogen by up to 70 percent in areas closer to nature reserves,” per AG Daily.

In response to the government’s policies, farmers began protesting on June 26 and blocked as many as 20 food distribution centers on July 4. The farmers have said they will paralyze the country in opposition to the emissions regulations.

The national demonstration is being compared to the Freedom Convoy in Canada when truckers gathered in the country’s capital to protest COVID-19 regulations’ impact upon their industry.

Some Dutch participants in the blockades were photographers bringing hot tubs and picnic tables to the traffic jams caused by trucks, trailers, and tractors. Some vehicles had signs with pro-agriculture messages, including “Our farmers, our future.”

HAPPENING NOW: Farmers who learned from Canadian Freedom Protesters are currently blockading the Netherlands/Germany border with tractors to protest the WEF climate change policies of their government. pic.twitter.com/I7UJTusAZT

Many food deliveries have been canceled as a result, although Dutch shoppers are not expected to be affected by the blockades immediately.

“Blockades of distribution centers hurt the citizens of the Netherlands. Supermarkets do everything they can to keep the stores stocked, but if blockades continue, it could lead to people not being able to do their daily shopping,” said the Central Bureau for Food Trade in a statement, per The Times of India.

The agency has asked for police to intervene and break up the blockades.

“Traffic authorities warned motorists to prepare for delays and possible slow-moving tractors on the nation’s highways, but said that there were few problems early Monday for commuters, possibly because many people opted to work from home rather than get stuck in traffic,” reports AP News.

Prime Minister Mark Rutte has said he will not negotiate with farmers responsible for any radical protests after a small group was involved in an altercation with law enforcement while demonstrating outside the home of the cabinet member overseeing the national emissions reduction efforts, Christianne van der Wal, on June 28.

The Netherlands’ government has appointed a mediator to lead talks with the demonstrators.

Dutch fishermen held concurrent protests on Monday at ports on the northern coast in solidarity. The fishermen blocked ferries transporting products from reaching the country. 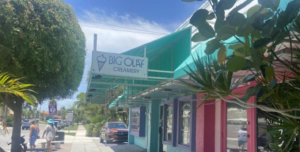