Paperwork released over the weekend shows Hillary Clinton lawyer Michael Sussmann’s allegations that the Trump campaign was working with the Kremlin were deemed “not technically plausible” by intelligence analysts.

“In the filing, Durham responded to objections from Sussmann’s defense regarding what evidence could be admissible at Sussmann’s trial, which is scheduled to begin next month. Sussmann is accused of lying to the FBI by saying he was not attending a meeting on behalf of a particular client when he was actually presenting the information on behalf of the Hillary Clinton campaign and a technology executive with whom he worked,” reports the NY Post. “In his filing Friday, Durham says the government expects to ‘adduce evidence at trial’ that will reflect that the FBI and the CIA ‘concluded that the Russian Bank 1 allegations were untrue and unsupported.’”

“For example, while the FBI did not reach an ultimate conclusion regarding the data’s accuracy or whether it might have been in whole or in part genuine, spoofed, altered, or fabricated, Agency 2 concluded in early 2017 that the Russian Bank 1 data and Russian Phone Provider 1 data was not ‘technically plausible,’ did not ‘withstand technical scrutiny,’ ‘contained gaps,’ ‘conflicted with [itself],’ and was ‘user created and not machine/tool generated,” Durham wrote. 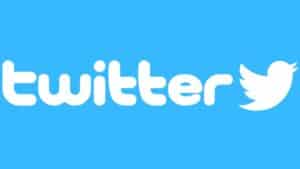