Both McCullough and Malone have previously expressed concern and criticism over COVID-19, the administration of mRNA vaccines, and government overreach.

“I’m back…” the mRNA collaborator continued, directing followers to share his Substack.

I'm back…
Welcome to Fifth Gen (Information) Warfare
The battleground is consensus of the swarm and your own mind.
Please share my substack from today.https://t.co/P3ajzoiUbm

Malone was previously serving a permanent Twitter ban for “violating [the platform’s] policy on spreading misleading and potentially harmful information related to COVID-19,” according to a statement provided to the Epoch Times.

“You may not use Twitter’s services to share false or misleading information about COVID-19 which may lead to harm,” Twitter’s statement continued.

“Over a half million followers gone in a blink of an eye. That means I must have been on the mark, so to speak,” Malone wrote in a Dec. 29 Substack post last year. “Over the target. It also means we lost a critical component in our fight to stop these vaccines being mandated for children and to stop the corruption in our governments, as well as the medical-industrial complex and pharmaceutical industries.”

McCullough was previously banned from Twitter in October prior to Elon Musk’s acquisition of the company.

“Alright everyone, I am back on Twitter!” McCullough said Tuesday morning following his account’s reinstatement. McCullough provided a screenshot of a Twitter poll from one user asking if the “most cited cardiologist in the world” should be reinstated.

“Let’s see my verification and completely uncensored, no unfollow programs, no bots assigned to me, and absolutely no shadow-banning,” McCullough continued. “Let the world hear the medical truth (98% want it) on the pandemic and more!”

Alright everyone, I am back on Twitter! Let's see my verification and completely uncensored, no unfollow programs, no bots assigned to me, and absolutely no shadow-banning. Let the world hear the medical truth (98% want it) on the pandemic and more! @elonmusk pic.twitter.com/q1iPi36yUn

“Twitter claimed that I violated the community rules after thousands of consistent posts on scientific abstracts and manuscripts,” McCullough said during an October episode of New Tang Dynasty (NTD)’s Capitol Report. “This was very carefully done. I was bringing the world the truth on pandemic response through the media and this was purely of the highest scientific integrity and analysis, and my tweeting pattern didn’t change.”

“We’re not talking about a one-time shot. We’re talking about frequencies down today, it hit the wires, that boosters may last only 10 weeks,” McCullough said, recounting a previous Senate testimony during a December 2021 episode of The Charlie Kirk Show.

So we’re looking at very, very tight frequencies of repeated genetic injections, which code for the production of the spike protein… suggesting that the spike protein probably less than the human body for over a year per injection. So now if we started injecting every three months or six months there will be a progressive accumulation of this disease-causing protein in critical organs like the brain, the heart, bone marrow, and elsewhere.

McCullough and Malone were previously featured on separate episodes of The Joe Rogan Experience, hosted by comedian and UFC commentator Joe Rogan, where they discussed COVID-19 and mRNA vaccines. 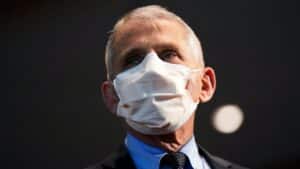