The Dean of Harvard's Medical Faculty called Farmer ‘among the greatest humanitarians of our time, perhaps all-time.’

Dr. Paul Farmer, a man who dedicated his life to providing health care to millions of people in the poorest nations and co-founded the international nonprofit Partners in Health, has died at 62.

Partners in Health confirmed Farmer’s death on Monday. They called his death “devastating” and noted he passed away in his sleep from an acute cardiac event while in Rwanda.

Partners In Health announced that its founder, Dr. Paul Farmer, unexpectedly passed away today in his sleep while in Rwanda.

Dr. Farmer was 62 years old. He is survived by his wife, Didi Bertrand Farmer, and their three children.

Farmer was doctor and a tenured professor of medicine at Harvard Medical School. He authored many of books on Health, human rights, and social inequality.

“A compassionate physician and infectious disease specialist, a brilliant and influential medical anthropologist, and among the greatest humanitarians of our time, perhaps all-time. Paul dedicated his life to improving human health and advocating for health equity and social justice on a global scale,” wrote George Q. Daley, dean of Harvard University’s Faculty of Medicine.

Partners in Health was founded in 1987. They began their work in Cange, a rural village in Haiti’s central plateau. Over the years, the group expanded into Africa, Eastern Europe, and Latin America.

Tracy Kidder, the Pulitzer Prize-winning author of the book “Mountains Beyond Mountains: The Quest of Dr. Paul Farmer, A Man Who Would Cure the World,” detailed Farmer’s life’s work. She told reporters that she understood his importance in human history after traveling with him on his missions.

“He was an important figure in the world,” Kidder said. “He had a way of looking around corners and of connecting things. He couldn’t obviously go and cure the whole world all by himself, but he could, with the help of his friends, give proof of possibility.”

Michelle Karshan, vice president of a prison health care group in Haiti called Haleth Through Walls, said he always knew how to get around things that held others back, regardless of how impossible it seemed.

“He didn’t take no for an answer,” she said. “He didn’t think anybody was too poor or too illiterate to be entitled to receive health care.”

Farmer pushed the limits when many would have given up. When the World Health Organization opposed providing HIV medication to illiterate people in Haiti, assuming they could not take it correctly, he overcame the resistance. He decided to set up his own program that utilized a chart that depended on the sun’s location — a system he devised.

“Paul Farmer changed the way health care is delivered in the most impoverished places on Earth,” Clinton said in a statement. 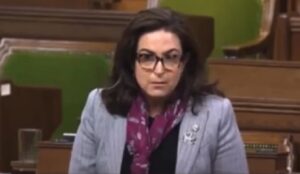