Dr. Oz Reportedly Killed Over 300 Dogs, Hundreds of Other Animals In Experiments

Republican Pennsylvania Senate candidate Dr. Mehmet Oz reportedly killed over 300 dogs along with hundreds of other animals, according to a new report from Jezebel.

Oz reportedly conducted experiments on at least 1,027 living animals including dogs, pigs, calves, rabbits, and small rodents — 34 of which resulted in the death of 329 dogs. Two other experiments killed 31 pigs and 38 experiments killed 661 rabbits, according to 75 studies published in academic journals between 1989 and 2010 which were independently reviewed by Jezebel.

The former talk show host served as a “principal investigator” at Columbia University Institute of Comparative Medicine labs where he was granted “full scientific, administrative, and fiscal responsibility for the conduct” of the studies, the outlet reported. According to multiple colleagues, Oz was involved in experiments that violated the Animal Welfare Act which sets minimum standards of care for dogs, cats, primates, rabbits and other animals in laboratories.

“We know what the stakes are in this election … add one more: PUPPIES. Puppies are on the line,” said Oz’s opponent’s wife, Gisele Barreto Fetterman, in a Monday tweet. Gisele followed up her tweet advertising a Wednesday pantry event, “it’s so hard for me to process the contrast between @JohnFetterman carrying dog food for my monthly Pet Pantry event (it’s this Wednesday, if you need pet food) and this article.”

“I think if you look at a profile of someone who makes misogynistic comments, who abuses animals, who does all these things, you’re getting a picture of someone who’s a pretty dangerous person,” said Gisele in a September interview with Jezebel. “That’s certainly not someone I would want making decisions on my rights or any other women’s and folks’ rights in the state, deciding whether doctors go to jail for performing life-saving services.”

Two days before the Democratic Senate primary, Fetterman, who currently serves as Pennsylvania’s Lieutenant Governor, revealed in a press statement he had suffered a stroke. The Senate hopeful was informed by doctors that his heart had been in A-fib rhythm for too long, which caused a blood clot to form. However, he assured his supporters he had not experienced cognitive damage and planned on continuing his campaign. Fetterman won the Democratic primary and has since directed attacks at his Republican opponent and his campaign for criticizing his health.

“We just assume that John Fetterman is not able to debate — which, again, we completely understand,” Oz campaign spokesman Barney Keller said in a statement to the Pittsburgh Post-Gazette. “He suffered a major stroke, and it’s clear that it’s affected him physically. We would get it, and I think Pennsylvania voters will get it.”

“If John Fetterman had ever eaten a vegetable in his life, then maybe he wouldn’t have had a major stroke and wouldn’t be in the position of having to lie about it constantly,” said Rachel Tripp, Oz’s senior communications advisor.

Fetterman agreed to debate Oz on the condition that the moderator would explain to the audience that Fetterman was using a closed-captioning system, the practice debate could not include real debate questions and if the debate was stretched out to 90 minutes instead of an hour. The Senate candidates are scheduled to debate on Oct. 25 per Politico.

Oz will face the Lieutenant Governor in the November general election to replace current Republican Senator Pat Toomey who previously said he would not seek reelection. 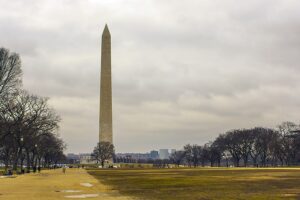