Dr. Anthony Fauci Announces He Will Step Down in December

Fauci denied he was planning to retire in July

Dr. Anthony Fauci announced he will leave his current position with the federal government in December.

Fauci currently serves as Director of the National Institute of Allergy and Infectious Diseases (NIAID) and Chief of the NIAID Laboratory of Immunoregulation, as well as the Chief Medical Advisor to President Joe Biden.

“It has been the honor of a lifetime to have led the NIAID, an extraordinary institution, for so many years and through so many scientific and public health challenges. I am very proud of our many accomplishments,” Fauci said in a statement released by the NIAID. “I have worked with – and learned from – countless talented and dedicated people in my own laboratory, at NIAID, at NIH and beyond. To them I express my abiding respect and gratitude.”

Fauci said that he will not be retiring and, instead, intends to “pursue the next phase” of his career and “advance science and public health and to inspire and mentor the next generation of scientific leaders as they help prepare the world to face future infectious disease threats.”

“Thanks to the power of science and investments in research and innovation, the world has been able to fight deadly diseases and help save lives around the globe,” Fauci said. “I am proud to have been part of this important work and look forward to helping to continue to do so in the future.”

Fauci has led the NIAID since 1984. He has worked under seven presidents and crafted the nation’s response to a number of serious threats to public health including AIDS, Ebola, Zika, and – most recently – COVID-19.

Fauci told The Washington Post that the past two and a half years have been some of the most difficult of his career, due in part to the intense attention his public statements received and the divisive state of national politics.

“It was one of the most important challenges that we have had to face, and I believe my team and I — and let history be the judge of that — have made a major contribution,” Fauci said. “We didn’t do it alone, but we played a major role in the development of the vaccines that have now saved millions of lives.”

In July, Fauci told Politico he planned to retire at the end of President Joe Biden’s term. He denied the report the day after its publication. 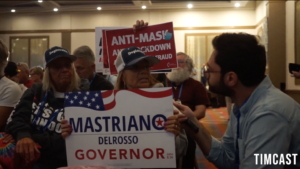