Dozens of Chicago cops turned their backs to Mayor Lori Lightfoot at the University of Chicago Medical Center after two officers were shot in the city.

French died Saturday night at the University of Chicago Medical Center after the officers were both shot during a traffic stop.

When Mayor Lightfoot arrived to the seventh floor of the hospital, approximately 30 law enforcement officers turned their backs to her.

The Chicago Sun Times reports that “Lightfoot tried to talk to the male officer’s father, who himself is a retired Chicago police officer. He clearly wanted nothing to do with Lightfoot, according to two sources who were there.”

“The father excoriated the mayor and blamed her for what had happened. One source said Lightfoot handled herself well as the father yelled at her. She listened and treated him with respect,” the report continues. “It was then suggested that Lightfoot say a few words to nearby grieving officers, but as she approached, they all walked away from her and to the other side of a bank of chairs — and turned their backs, the sources said.”

“They did the about-face — it looked like it had been choreographed,” said one of the sources present, calling it “astounding.”

A source told the newspaper that Lightfoot appeared to be “shaken” before going downstairs to speak to the press.

“They have had enough and are no longer going to remain silent anymore.”

Cops in Chicago have had enough of Lightfoot.
They turned their backs on her when she visited Ella French.

In a statement about the incident, Mayor Lightfoot’s office said that “now is not the time for divisive and toxic rhetoric or reporting.”

“The mayor was present at the emergency room to offer support and condolences to the families involved and the hundreds of line officers and exempts who were there, which she did. In a time of tragedy, emotions run high and that is to be expected. The mayor spoke to a range of officers that tragic night and sensed the overwhelming sentiment was about concern for their fallen colleagues.

“As the mayor stated . . . now is not the time for divisive and toxic rhetoric or reporting. This is a time for us to come together as a city. We have a common enemy and it is the conditions that breed the violence and the manifestations of violence, namely illegal guns, and gangs.” 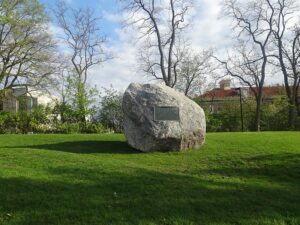 University of Wisconsin Removed a Boulder Because of its Racist History