Donald Trump Says, 'We don’t have the luxury of waiting' at Nevada Rally

Republican political candidates in Nevada were joined at a rally by former President Donald Trump over the weekend.

Trump called on voters to use the upcoming election to “stand up” to President Joe Biden and his supporters during his 90-minute address.

“The Democrats are locking up their political opponents, spying on their political rivals, silencing dissent and using the full force of government law enforcement and the media, the fake media, to try and crush our movement,” Trump said at the Oct. 8 event.

“Every freedom-loving American needs to understand the time to stand up to this growing tyranny is right now in this election,” the former president added. “We don’t have the luxury of waiting.”

Trump said the Republican Party could “restore our country to greatness” if voters “keep on fighting” and win elections for “six straight years.” He also said a Republican Congress would prioritize preventing “left-wing censorship” and restoring free speech in America, per The Tennessee Star.

“If you want to see our country decline, vote Democrat,” Trump told the crowd in Miden, near Lake Tahoe.

Among the Republican candidates represented at the rally were United States Senate candidate Adam Laxalt and gubernatorial candidate Joe Lombardo.

Both men were endorsed by Trump. The former’s president’s endorsements had a 92% success rate during the primaries.

While speaking over the weekend, Trump stressed the impact of rising gas prices and illegal immigration on the state, where early voting begins on Oct. 22, while urging the audience to act now by voting.

“And as bad as things are today, if the radical Democrats keep their grip on the House and the Senate, your finances, your family, your community and your country will never be able to recover,” Trump said, per Fox News.

Nevada voters have until Oct. 11 to register to vote in person or by mail. Mail-in ballots must be sent by Nov. 8, Election Day. 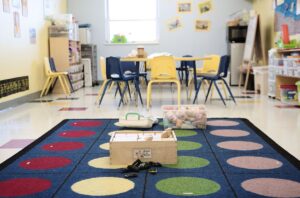 Oregon School District Unanimously Votes to Fire Unvaccinated Teachers, Despite Shortage of Educators in the State