The Department of Justice is forming a new counter-terror unit targeting homegrown extremism in the United States, according to a report from the Washington Post.

The department said investigations into “suspected domestic extremists” have doubled since the spring of 2020.”

“Matthew G. Olsen, the head of the Justice Department’s National Security Division, announced the unit in his opening remarks before the Senate Judiciary Committee, noting that the number of FBI investigations of suspected domestic violent extremists — those accused of planning or committing crimes in the name of domestic political goals — had more than doubled since the spring of 2020,” the newspaper reported.

“This group of dedicated attorneys will focus on the domestic terrorism threat, helping to ensure that these cases are handled properly and effectively coordinated across the Department of Justice and across the country,” Olsen said.

“They are normalizing the use of violence to achieve political goals,” claimed Sen. Richard Durbin of Illinois.

Republican Senators countered the testimony by showing video of widespread riots and looting in major American cities in the aftermath of the killing of George Floyd in Minneapolis.

“These anti-police riots rocked our nation for seven full months, just like the Jan. 6 assault on the Capitol rocked the nation,” GOP Senator Chuck Grassley said. 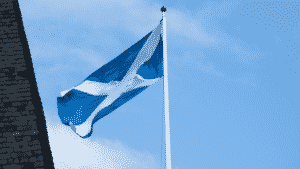